One of the primary reasons cited by the UK Government for not intervening directly to rescue plants and jobs in the steel sector is EU state aid rules, which prohibit governments from providing certain kinds of support to industry, writes Francesco de Cecco. He argues that, while EU provisions for steel are particularly stringent, governments can still win approval for targeted and innovative interventions, or indeed lobby to change the rules in the light of the challenges facing the industry. 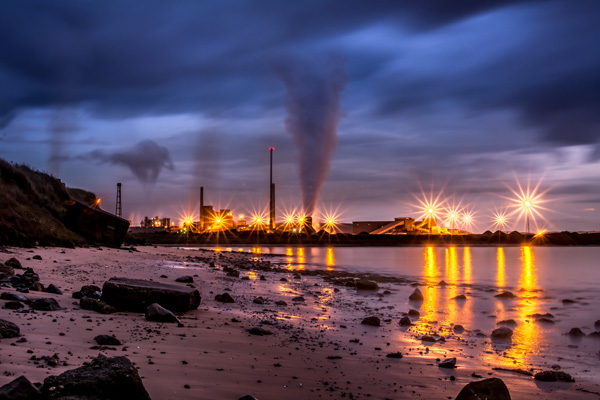 Recent job losses at UK steel plants and the closure of the SSI steelworks in Redcar have brought the crisis of the steel industry into the political mainstream. The debate around the current crisis turns in part on how much policy space the government enjoys under EU rules on state aid.

The UK Government’s position is that its hands are tied as EU state aid rules are particularly restrictive as far as the steel industry is concerned. The main opposition parties argue instead that the government could and should do more to support the industry, as some degree of intervention is permitted under these rules.

Amid this cacophony of competing claims, it is hard for observers to form a view. As often happens, both positions are ­– to an extent – correct. It is true that EU rules on state aid are particularly restrictive as far as the steel industry is concerned. The reason for this approach is that the sector suffers from overcapacity (i.e. production exceeds demand), a problem exacerbated by the recent decline in demand for steel caused by China’s slowdown.

This is not the first time that the steel industry has been in such a predicament. Indeed, the tightening of state aid policy came about after a period of deep restructuring in the 1980s, steered by the European Commission under the Davignon Plan, which was followed in the early 1990s by a consensus among governments to back the Commission’s policy that no further state aid should be given to rescue and/or restructure steel firms.

However, while state aid policy is particularly restrictive, it does not prohibit intervention altogether. Aid to the steel industry is permitted for certain purposes, such as research and development and innovation, or environmental protection. For instance, in 2010 the Commission approved a grant from the German Government to the steelmaker Salzgitter for the development of an innovative energy-saving production process.

Aid may also be granted to compensate the steel industry for the costs deriving from the Emission Trading Scheme (which are passed on in electricity prices) so as to prevent ‘carbon leakage’ – the risk that energy-intensive businesses may transfer their operations to countries that adopt looser policies on greenhouse gas emissions. In fact, this is the most common form of state support approved by the Commission in recent years for this sector.

Another important argument in the debate on the steel crisis (beyond the UK) points to the absence of a level playing field in the steel market. On this view, the underlying rationale for limiting state aid (i.e. that state intervention distorts competition) jars with the reality of a market that is already distorted by the presence of subsidised imports from China.

There are a number of possible responses to this argument. The first is that, rather than risk creating further distortions by granting subsidies, Member States should address the problem through EU-level anti-dumping measures. Indeed, the European Commission is moving in this direction, having recently decided to impose provisional anti-dumping duties on imports of certain steel products from China.

The second response could point to the possibility of changing state aid policy in this area. Since EU state aid policy on steel is the product of a political consensus against state intervention, and given that this policy (as opposed to the general rules on state aid) is not enshrined in the EU treaties, there are no legal impediments to a change in approach.

If all Member States were in favour of a more permissive stance, it is unlikely that the Commission would ignore a clear consensus towards policy change. The Commission does not operate in a political vacuum. What is more, Article 108(2) of the Treaty on the Functioning of the European Union empowers the Council to decide by unanimity to override Commission policy in individual state aid cases, if exceptional circumstances justify doing so.

There is also a third response, which is to recognise that while anti-dumping duties may go some way towards redressing distortions in this sector, they are a blunt tool, and, in any case, are unable to obliterate the advantage that economies with lower labour costs and looser regulatory constraints have over European economies. If so, there is a case for well-designed state intervention aimed at supporting specialisation, by focussing on providing assistance to the development of ‘green’ technologies in steel production. This would address the structural disadvantage of the European industry and could be achieved, to a certain extent, within the existing state aid rules.

As far as the UK is concerned, it is clear that state aid policy as it currently stands prevented the government from rescuing the SSI plant in Redcar. Yet, state aid does not prevent the UK Government from pursuing an ambitious plan for the Redcar site, which would avoid the skills of former workers being lost forever.

It does not need to look very far for inspiration. Only a few miles from Redcar stands the most productive car plant in Europe and the cradle of the first mass-produced electric car. The story of Nissan’s success in Sunderland is one based on an industrial strategy which – at various junctures – has been complemented by an intelligent use of state aid.

What is more, nothing prevents the UK Government from initiating a debate with its EU counterparts on whether the state aid rules provide sufficient space for governments to devise the kind of intervention that the steel sector needs for its long-term future. In particular, it may be necessary to revisit EU policy on state aid for the development of crucial environmental technologies such as Carbon Capture and Storage. An important question to be addressed in this respect is whether EU policy provides the right incentives. Of course, all of this depends on how seriously the government takes industrial policy and environmental protection.

Dr Francesco de Cecco is Lecturer in Law at Newcastle University. He research focuses on EU law, especially in state aid and internal market law. Some of his recent work has explored whether the four EU internal market freedoms should be regarded as fundamental rights.