While the UK’s record on negotiating with the EU has been mixed, it is nevertheless nearing one of the largest and most important diplomatic endeavours in its history with the Brexit negotiations, writes Anthony Salamone. He sets out six strategically unrealistic expectations which the UK should take care not to embrace, in order to ensure the best chances for its EU exit arrangements. 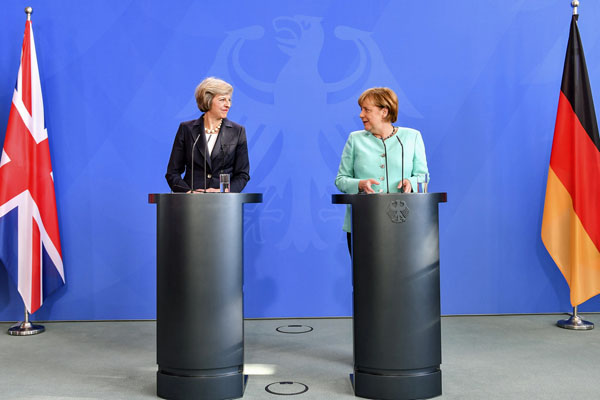 In recent years, the UK government has not been particularly adept at negotiating in the EU (see the Fiscal Compact) or navigating the politics of Brussels (see the appointment of Jean-Claude Juncker as European Commission president). Satisfaction with David Cameron’s EU renegotiation was also relatively low on both sides of the referendum debate.

EU politics has its own rhythm – long-term engagement, multi-year bargains and clever compromise are essential to achieving a government’s objectives. Parachuting in for one-off occasions or paying attention once in a while does not contribute to a winning strategy.

The EU referendum campaign and its aftermath have produced a number of expectations on how Brexit will unfold. As the UK prepares for what is the largest diplomatic exercise in its modern history, there are some strategically unrealistic expectations the UK government should take great care to avoid, if it is to avert repeating past mistakes.

1. The UK can get a superior deal on good/services without free movement of people

Should the UK not want to accept the free movement of people, as is evidently the direction of travel at the moment, it will of course likely be able to negotiate a trade agreement with the EU. However, the EU will not allow such an agreement to give as-good-as terms to a country which is not part of the European Economic Area (EEA), either as an EU member or an EFTA member.

It is remotely possible that there could be some sort of compromise allowing for high-quality Single Market access with modest limitations on free movement. However, it seems exceedingly unlikely that Theresa May could get a ‘better’ deal with the UK leaving the EU than David Cameron could, with his renegotiation and emergency break, when the UK was still an EU member.

2. The EU will negotiate with the UK before the Article 50 notification

One of the strategic disadvantages for the UK in its EU withdrawal is timing. Once Article 50 is activated, the two-year negotiating window will begin. While it could be extended by unanimity in the European Council plus the UK, EU leaders are growing fond of having the UK out in time for the 2019 European Parliament elections.

While it would be convenient, and potentially quite helpful, the EU will continue to resist early negotiations before the Article 50 process is begun by the UK. With similar determination to the Single Market mantra, the ‘no negotiations with notification’ refrain is common both from the EU institutions and Member States.

This approach is advantageous to the EU, as it restricts the amount of time the UK has to negotiate and therefore favours the EU27. More broadly, though, it reflects a principled position that the UK will be considered a full member (strictly speaking – not in terms of influence) until the legal process is followed. It will then be a departing member and eventually a third country. Beyond basic technical discussions, the EU will not enable a full member to gain advantage by pre-negotiating its terms of departure.

3. The EU27 are not paying attention to debates within the UK

It has long been a tradition of EU politics that national leaders deliver separate messages to their home audience than they do with their European counterparts and in Brussels. In this case, though, the stakes are much higher and the game is different. The tables are reversed – for the negotiations themselves, at least, it will be much less a ‘from Brussels’ justification to the UK public, and more a ‘to Brussels’ negotiation on the part of the UK.

This situation is novel for the EU in that the UK will be increasingly on its own. In normal circumstances, the UK government would be framing its EU policy for its home audience, at the same time as all other governments were doing the same. Here, however, the UK is on one side and the 27 are on the other – they will all continue to frame, but their objectives will not be the same.

Instead of all governments engaged in the same game (explaining their collective action in Brussels in different ways to suit their populations), the EU27 are closely observing the discussions ongoing in the UK. These debates could therefore have an impact on the negotiations. In the short term, at least, they have the attention of the EU27, since they have relatively little idea what the UK actually wants from its EU exit.

4. European integration is driven more by economics than politics

The EU has long been a political enterprise powered by economic means. The values and principles of the Union are important to the EU institutions and (most of) its members. For better or worse, political purpose often trumps economic reality. The history of European integration, from the admission of new states to the design and membership of the euro, shows that the politics of the EU often comes first.

The UK government cannot assume that the EU27 will be driven solely by economic interests in the exit negotiations. While important, these will only be one factor in what matters to the EU. As referenced above, preserving the integrity of the Single Market will be paramount for the 27. To some extent, the desire will also be to demonstrate that the best access and privileges to the EU come from being a member. Consequently, the EU27 might well be willing to sacrifice some measure of their own economic wellbeing to maintain the foundations of the European project.

5. The UK can leverage relationships with individual EU members

In a negotiation of one versus 27, it would only be natural that the one should seek to maximise its position. The UK has natural allies in other EU members that have shared many views with the UK on the shape of the Single Market, the EU budget, the scope of integration and other issues. Even though it had those partnerships as a member, the UK will not be able to rely on them in the forthcoming negotiations.

For now, at least, the EU27 have been (surprisingly) consistent in presenting a united front. The UK’s traditional allies – such as Denmark, the Netherlands, even Malta – have all reiterated that, in the negotiations, they are looking for a deal that is good for the EU (and for themselves as well). The only country that might at times appear an ‘advocate’ for the UK is Ireland – primarily in respect of its imperative need to assure the future of Northern Ireland relations and the border, and connected with that the Common Travel Area and EU free movement.

Separately, focusing exclusively on Germany for support is not a winning strategy (as David Cameron discovered in his EU renegotiation – and in previous negotiations). The Article 50 withdrawal agreement may only need a qualified majority in the Council of the EU, but the European Parliament will also have a say. Moreover, the separate new relationship agreement(s) will require the support of every EU member.

6. Brexit is the EU27’s number one priority

The EU faces no shortage of major challenges – the aftermath of economic/financial crisis, migration in the Mediterranean, relations with Russia, security and terrorism, even its own legitimacy and future. The UK’s departure from the EU is only one of numerous issues that the Union will confront in the years ahead.

That is not to say that Brexit is not important to the EU – or that the EU27 would not want the negotiations and eventual exit to get under way as soon as possible. It is a reflection, however, that the UK is not the centre of the EU’s world. The EU (in its predecessor forms) existed before the UK’s membership and it will continue after it. In geopolitical and constitutional terms, if not economic ones as well, Brexit is existential for the UK. For the EU, it is but one of many pressing concerns.