The outcome of the UK’s EU referendum will be driven by a number of key factors, many of which might not become clear until after the vote, write Kai Oppermann and Paul Taggart. Drawing on insights from EU referendums in other European states, they outline what we can know about the campaign and the characteristics on which the referendum result will likely turn. 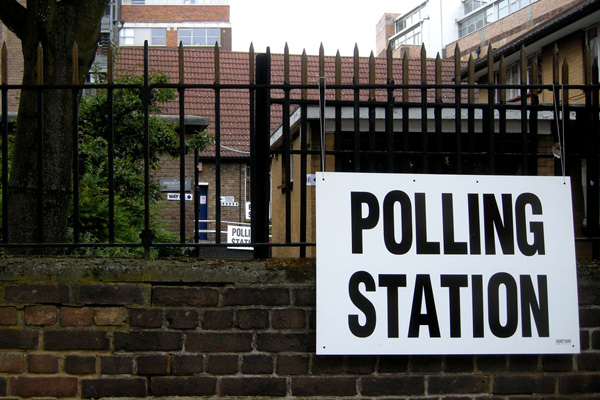 Donald Rumsfeld famously spoke of ‘known knowns’ and ‘known unknowns’. Looking at referendums and at the experience of these in Europe up to now, we can learn from them to figure out the known knowns and the known unknowns. This can give us a better sense of what may happen in the UK’s referendum on EU membership. There may be uncertainty ahead, but we can know what we don’t know from past experience. We suggest that there are six lessons we can learn.

Referendum Outcomes are Hard to Predict

The one ‘known known’ we have is the state of the polls at the outset. Early in the UK’s campaign, opinion polls tell us very little about what the outcome of the referendum will be on 23 June. Around 20 per cent of voters are still undecided.

More than that, voting behaviour in referendums is much less settled and more fluid than in general elections. Party affiliation and long-term party identification matter less in referendums, whereas campaign effects tend to matter more.

The referendum campaign will increase the level of information the average voter holds about Britain’s relationship with the EU. The campaign only really began after the European negotiations on the UK’s demands concluded on 19 February, and voters will hear a lot about the EU from both sides of the debate between now and the referendum.

Early polls reflect the balance of opinion in a relatively information-poor environment, but the vote will take place in an information-rich environment. This might swing a significant number of voters – in one direction or the other.

EU referendums have been won or lost depending on the ability of the opposing sides to mobilise and to turn out the vote. In Ireland, referendums on the Nice (2001) and Lisbon (2008) Treaties delivered ‘No’ votes with low turnouts, which were primarily down to the poor mobilisation of the ‘Yes’ camps.

The ‘Yes’ campaigns learnt the lessons from their respective defeats and, in subsequent referendums in 2002 and 2009, they achieved much more effective mobilisation of their supporters, resulting in higher turnouts and ‘Yes’ votes to overturn the earlier results.

In contrast to the Irish experience, we should not expect a significant gap in the mobilisation of the ‘Remain’ and ‘Leave’ campaigns in Britain’s EU referendum. Turnout might well be higher than, for example, at the 2015 general election, when it stood at 66 per cent, but it is unlikely to be as high as the 85 per cent achieved in the 2014 Scottish independence referendum. What is less clear, however, is which camp would benefit from a higher turnout.

However, this divide between the establishment and its critics is probably less pronounced in the current British referendum than in many previous EU referendums across Europe. The case for leaving the EU has become mainstreamed in British politics and resonates with parts of the political and economic establishment, as well as across large swathes of the print media.

It is still evident, however, that the ‘Leave’ campaign seeks to play the anti-establishment card, trying to present itself as ‘outsiders’ standing up for the British people against Whitehall elites and ‘Brussels’.

Although party identification is a less important driver of voting behaviour in EU referendums than in general elections, cues from elites still matter. In particular, such cues will be more powerful, the more united each of the two camps is and the more voters trust their leading figures.

However, elite cues on both sides of the debate will likely be weakened by internal divisions. The ‘Leave’ camp has difficulty finding a common line on how to engage with UKIP and on whether it should officially be led by ‘Vote Leave’ or ‘Leave.EU’.

On the ‘Remain’ side, the cues from the UK government to Conservative voters will become weaker the more the Conservative Party and the cabinet are divided. In terms of trust, the ‘Remain’ campaign appears to have the advantage, as David Cameron is more trusted on the referendum in the public at large than any leading figure of the ‘Leave’ campaign, including Boris Johnson.

In particular, Nigel Farage divides public opinion and is trusted mainly by those who have already decided to vote to leave the EU. His cues will thus be unlikely to sway many voters who are still undecided.

Voters in EU referendums are primed to think about the question on the ballot, in terms of the issues that are at the forefront of their minds on voting day. This suggests that the outcome of the referendum may be affected by the issues which are most prominent in June.

If the issue agenda at the time of the vote continues to be dominated by immigration – crowding out, for example, economic arguments and concerns – voters will be primed to decide on EU membership in terms of what they think it implies for immigration.

This stands to benefit the ‘Leave’ side, which should therefore be expected to focus their campaign on the immigration issue. The more the political debate at the time of the referendum reflects a more optimistic mood and a broad sense of satisfaction with the government and with personal circumstances, the more this should benefit the ‘Remain’ side.

The Status Quo and the Consequences of Leaving

The riskier voters consider leaving the EU to be, the more this benefits the ‘Remain’ side. Much of the referendum campaign will therefore become a framing contest about the consequences of voting to leave.

The ‘Remain’ campaign will portray leaving the EU as – in David Cameron’s words – a ‘great leap into the dark’, economically and politically. The ‘Leave’ campaign will make the case that change would be gradual and incremental and that leaving the EU would not entail a radical break with the past.

This will be a tight referendum. The outcome is hard to predict, but we can learn from other referendums. We can be aware, to some extent, of what we don’t know on turnout, priming, elite cues and issue salience. These may well have a crucial effect in determining the outcome.

But, of course, the other category that Rumsfeld mentioned was the ‘unknown unknowns’, or as Macmillan would have it, ‘events’. The key ‘known known’ we do have is that the next few months will matter in determining the outcome of this momentous decision in UK politics.

Dr Kai Oppermann is Reader in Politics at the University of Sussex. His research interests include British foreign policy, Foreign Policy Analysis, German foreign policy and EU referendums. He is Co-Founder of the Foreign and Security Policy group of the German Political Science Association.

Prof Paul Taggart is Professor of Politics, Jean Monnet Chair and Director of the Sussex European Institute at the University of Sussex. His research interests include the domestic politics of European Integration, Euroscepticism, political parties and populism.