One of the central components of the UK’s EU renegotiation has been the set of issues around sovereignty, writes Tobias Lock. He analyses the new ‘red card’ mechanism for national parliaments and suggests that the contents of the deal must be read in light of the debates on sovereignty in the UK. 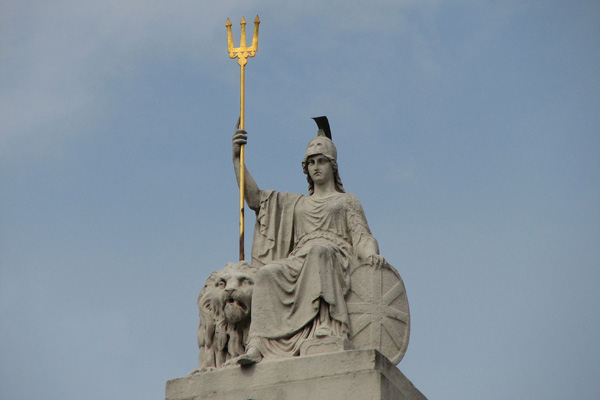 As Justice Secretary Michael Gove’s explanation for backing the ‘Leave’ camp demonstrates, the question of sovereignty is likely to feature prominently in the campaign leading up to the UK’s EU referendum on 23 June. It is the aim of this article to assess David Cameron’s renegotiation in this regard.

In his letter to the President of the European Council, Cameron set out four demands concerning sovereignty: 1) an end to Britain’s obligation to ‘ever closer Union’; 2) a new power for national parliaments to stop unwanted legislation; 3) full implementation of the Union’s commitment to subsidiarity; and 4) confirmation that the UK’s opt-out on JHA be respected and that national security remains the sole responsibility of the Member States.

Suffice it to note here that sovereignty in terms of ‘putting an end to the supremacy of EU law’ was never on the cards – in fact it would be incompatible with one of the basic and indispensable pillars of the EU legal order: primacy.

It is argued here that, while points 1, 3, and 4 have always been rather meaningless legally speaking, so that one could never expect them to yield much in terms of fundamental change, David Cameron can consider his negotiation of a red card mechanism a success. However, coupled with possible new powers for the UK Supreme Court concerning EU law, the Prime Minister may have achieved more in the ‘sovereignty basket’ than perhaps expected.

Legal Standing of the Agreement

The sovereignty concerns are addressed in the Council conclusions, which promise to incorporate the changes into the EU treaties in the future. The Edinburgh Agreement of 1992, which gave Denmark certain opt-outs from the Maastricht Treaty, appears to act as a model here.

The heads of state and government published their ‘decision’ regarding Denmark alongside the conclusions of the European Council at Edinburgh. This decision was later registered with the United Nations. This suggests that the Council’s decision should be regarded as binding under international law.

However, the decision does not conform to the procedure for treaty amendments outlined in Article 48 of the Treaty on European Union. This means that, from the perspective of European Union law (and of the Court of Justice of the EU), it has no legal effect. At the same time, it obliges the Member States to agree in the future to include the declaration into a new treaty. In this sense it is legally binding, which is as good a success as Cameron could have hoped for.

Turning to the four sovereignty demands, the call for an end to the UK’s commitment to ‘ever closer Union’ has always been a bit of a red herring in this negotiation. For one, it is a legally fairly meaningless concept as closer Union requires treaty change, which depends on the consent of the UK. Moreover, the principle is often misrepresented in that its wording refers to an ‘ever closer Union among the peoples of Europe’ and not between the Member States.

Nonetheless, the promise to incorporate into a future treaty that the ‘UK is not committed to further political integration’ constitutes a promise that at the next treaty revision the UK will get its opt-out. It is hardly conceivable that the other Member States would reverse on this when the time comes.

As far as point 4 is concerned, the Council conclusions merely confirm the UK’s opt-outs. Again, this does not add anything novel in legal terms. Much the same can be said for subsidiarity. The wording of the conclusions is a little cryptic in that it makes reference to the procedure in Article 7 of Protocol 2 to the Lisbon Treaty.

This provision already gives national parliaments the opportunity to voice their concerns on whether a piece of draft EU legislation complies with the principle of subsidiarity. Where one third of national parliaments consider there to be a problem, they can issue a ‘yellow card’. If it is a simple majority of parliaments, this constitutes an ‘orange card’.

As things currently stand, the two cards force the institution that initiated the legislative procedure (in most cases the Commission) to review the draft and give reasons for why the proposal is either maintained, amended or withdrawn (yellow card), or to issue a reasoned opinion if the proposal is maintained in case of an orange card.

The Council conclusions confirm this, but seem to slightly extend the reach of these cards by demanding that all institutions take the cards ‘duly into account’. It is doubtful whether this will have much practical effect, given that orange cards at least must already be considered by the Union legislator (ie the Council and Parliament) if the Commission decides to maintain its proposal. Crucially, it is not foreseen that the fairly short eight-week turnaround for this mechanism will be changed.

Closely connected to this is the only real reform that the subsidiarity basket promises: the introduction of a red card mechanism allowing national parliaments to block legislative proposals. This is clearly inspired by the already existing yellow/orange card procedure, but goes further: a red card forces the Member States’ representatives in the Council to ‘discontinue the consideration’ of a legislative draft, unless the draft is amended to accommodate the concerns expressed in the ‘reasoned opinions’ required from national parliaments in order to trigger the mechanism.

The Fine Print of the Red Card

We must drill down a little in order to ascertain what this really means. On the face of it, it looks like an important empowerment of national parliaments which has the potential to change the power dynamics within the EU.

But then, if one analyses the red card mechanism in purely legal terms, one would be tempted to doubt that the red card constitutes such an empowerment. First, a substantial 55 per cent of parliaments must issue a reasoned opinion that a draft act is incompatible with the principle of subsidiarity.

Second, this must happen within 12 weeks – admittedly a good deal better than the eight-week window for yellow and orange cards (and oddly inconsistent with it), but still very short for any coordination between national parliaments to take place.

Third, it is not enough for national parliaments to merely dislike a proposed legislative act for political reasons: the only admissible reason is subsidiarity as defined in the treaties. This means that the mechanism does not apply where subsidiarity does not apply (ie where the Union has exclusive competence).

In addition, the national parliaments must spell out their specific concerns on subsidiarity. One would expect these concerns to include arguments as to why the Member States are at least as well able to legislate in this area as the Union – thus disproving one of the legal requirements for passing the subsidiarity hurdle.

Fifth, it is unclear to what extent red cards would be amenable to judicial review by the Court of Justice: compliance with the principle of subsidiarity is a legal question, not a political one and is fully reviewable by the Court. If the Council ignored a red card or addressed the concerns raised insufficiently, a legislative act could arguably be challenged on that basis under Article 263(4) of the Treaty on the Functioning of the European Union.

However, despite these legal limitations, it seems that the red card mechanism possesses a political potency that goes beyond the mere legal text. Even if a red card were based on political considerations instead of concerns about subsidiarity, it could nonetheless lead the Council to discontinue (ie not agree to) a piece of legislation. This would not happen for legal (subsidiarity) reasons, but for political reasons, as perhaps a majority of those sitting in the Council may not wish to openly contradict their parliaments on these issues.

Hence if – and this is a big if – national parliaments got their act together and cooperated on these matters, they could well hold a trump card in their hands. So, will they have to wait for treaty change for this mechanism to be applicable?

In theory, they do, but there is nothing to prevent the Member State governments (ie those represented in the Council) from operating this mechanism in an informal way even before treaty change is agreed. Surely, no one, not even the Court of Justice, can force the Council to agree to a legislative proposal – whether it erroneously thinks it is contrary to subsidiarity or not.

Sovereignty Debates in the UK

Beyond last week’s European Council, there is a further aspect to the discussion on sovereignty. According to a statement by David Cameron in the House of Commons on 3 February, there are plans to ‘put beyond doubt that this House is sovereign’. The Prime Minister reinforced this promise on the Andrew Marr Show last Sunday.

This brings back the discussion on a ‘Sovereignty Act’. It has rightly been argued that such an act stating something along the lines of ‘the House of Commons is sovereign’ does not make much legal sense. It is also unlikely that Parliament will expressly legislate to undermine the primacy of European Union law: this would put the UK in constant breach of EU law and make membership of the European Union unsustainable.

Instead, a subtler assertion of sovereignty might be on the cards. In this regard, it is important not to forget the parallel debate on ‘the other Europe’: the Government’s plans to repeal the Human Rights Act (implementing the European Convention on Human Rights) and replace it with a British Bill of Rights.

At first glance (and at second glance as well), this has nothing to do with Britain’s EU membership. But Michael Gove, the Lord Chancellor, has announced before two Lords’ committees (here and here) that he was looking into whether the UK Supreme Court could be transformed into a constitutional court, which might be given powers to declare EU law incompatible with the fundamentals of the British constitution.

He also intimated that the Bill of Rights could be used ‘to give effect’ to Protocol 30 to the Lisbon Treaty, which has famously been found by the European Court of Justice not to constitute an opt-out from the EU Charter of Fundamental Rights. This article is not the place for a detailed discussion on this topic (some of my thoughts can be found here).

Whether this debate will result in a new power for the Supreme Court to declare acts of the Union institutions ultra vires or incompatible with the constitutional identity of the UK, or an even further-reaching power to defy the primacy of EU law in an even more open way, remains to be seen. Suffice it to say that any assessment of the ‘sovereignty package’ is not complete without taking into consideration what happens at the domestic level.