Mainstream political parties in Europe have largely found it difficult to develop coherent policies to address the asylum crisis, writes Pontus Odmalm. He suggests that, unless party elites can connect their ideologies with policy solutions and navigate arguments on policy competence, the response to the crisis may continue to be haphazard and ineffective. 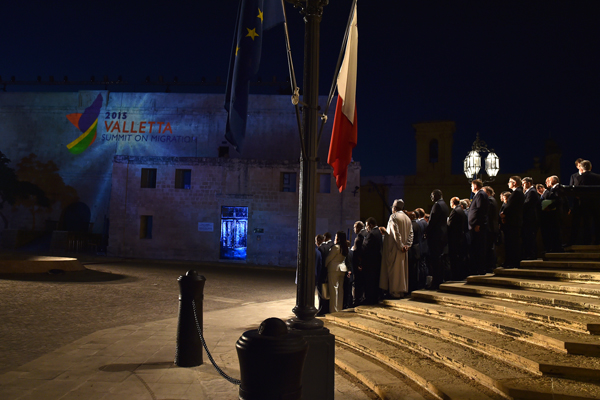 2015 proved to be the year when the immigration ‘issue’ reached a critical mass. The number of people attempting to reach (Western) Europe has been on a scale not seen for almost twenty-five years. Responses from some Member States have been chaotic at best, dysfunctional at worst.

Elizabeth Collett suggests that ‘beyond the self-determination of those seeking asylum is the political self-interest of states’, and that the two have effectively put human and policy interests on a collision course. The positions initially adopted by some leaders (such as Angela Merkel and Stefan Lövfen) have equally put Member States at odds with each other.

Although both countries are now attempting to reverse on these earlier liberal stances, their responses are likely to magnify the (strong) pull effect that the EU already constitutes for those fleeing war and persecution.

Several commentators have pointed out the seemingly knee-jerk reaction to the asylum crisis, expressing astonishment that no one anticipated the vast numbers that would eventually reach European shores. Although they make a valid point, such narratives downplay the ideological difficulties that immigration and asylum can cause, especially to parties labelled as mainstream rather than as radical and/or extreme.

These ideational challenges stem from conflicting views on how to interpret the immigration ‘issue’. The centre-left has traditionally pushed a position aimed at limiting labour migration while simultaneously supporting asylum and family reunification.

This approach made sense as long as the centre-left remained sceptical of too much market influence and championed an internationalist and human rights agenda. The centre-right’s approach of tolerating (skilled) labour migration, yet being hesitant towards other types of migrants, also corresponded to their ideological orientations.

Yet ‘the death of ideology’ and current events have reshuffled positions so often that they now seem to have come full circle. ‘Numbers’, public opinion and state resources are obviously important factors for understanding elite responses in this context. So too is the type of party tasked to deal with this societal challenge.

As noted elsewhere, politics is increasingly about which party, or which government, is ‘better’ at delivering on key policies. The handling of asylum and immigration is no exception. Parties and governments constantly have to fend off accusations of incompetence or of allowing the level of newcomers to become too high and/or out of control. The seemingly irrational responses from political leaders to the migration crisis may start to make (somewhat) more sense when viewed from these two perspectives.

The pursuit of approval ratings is often put forward to explain why mainstream parties appear to have ‘forgotten’ who they are. But one could also interpret the ‘collision course’ argument as being a sign of ideology’s continued relevance.

However, bringing back ideology has not always meant more clarity. Nor has it meant a more obvious course of action for parties to pursue. Instead, it has added further complexity to an already complex political environment, and those ‘old’ solutions that parties have relied upon no longer seem appropriate.

In part, this relates to the ideological reinvention that has taken place on the left, and also on the right. The shift to become more market friendly should have provided parts of the centre-left with more ideological harmony, as it should have done to parts of the centre-right who equally embarked on journey to moderate some of their conservative and authoritarian views.

But the success of these changes also relied on rank-and-file members and individual MPs accepting these elite views, and that they subsequently sign up to these ‘new’ ideological directions. Playing the competence card can therefore be seen as a tactic parties use to signal that they are in control and on top of things. But one can just as easily observe that a majority of European governments have not been particularly in control, nor have they been particularly on top of things.

Little wonder, then, that responses to the crisis have been largely incoherent and subject to various twists and turns over the past few months. Parties have had to deal not only with longstanding questions of figuring out who they are, but they have also struggled with leadership issues and with convincing the electorate that their solutions are better than those of their opponents. If these challenges are not resolved (or at least addressed in the short-term), then they may well continue to provide sustained fuel for the populist radical right.

Dr Pontus Odmalm is Senior Lecturer in Politics at the University of Edinburgh. His research focuses on the social and political impact of migration using a comparative European perspective, and his latest book is The Party Politics of the EU and Immigration (Palgrave, 2014).