Referendums are a relatively new feature in the UK’s constitutional landscape and, considering the EU referendum’s limited franchise, it misrepresents the result to suggest that it spoke for the whole of the country, write Tammy Hervey and Jo Shaw. They argue that, going forward, it is essential to ensure that the UK’s democratic system reflects the interests of all its peoples. 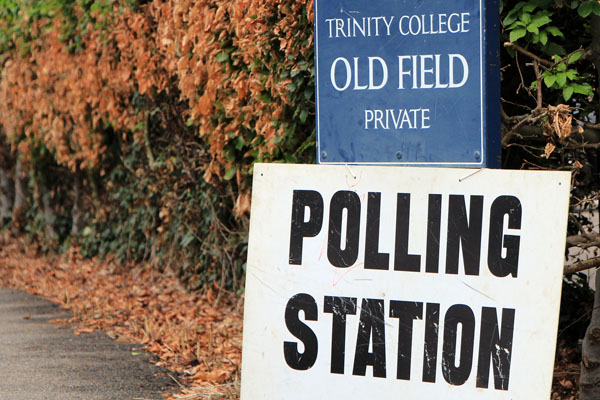 One year on from the referendum on UK membership of the EU on 23 June 2016, much has changed. And yet nothing has.

Brexit still means Brexit, according to a Prime Minister who submitted the Article 50 letter, called a general election and then lost her majority, but who has sanctioned the start of formal talks on UK withdrawal. Negotiation begins even though there is no agreed government policy (let alone a cross-party consensus) on what sort of Brexit the UK should be aiming to find.

Holed up in Number 10 Downing Street, in her isolation the Prime Minister seems incapable of comprehending that her actions are built on sand. They ignore the overwhelming consensus of legal, economic and political experts studying and writing on these matters: this consensus holds that pursuing the sort of approach set out in May’s Lancaster House speech and the woefully thin government White Paper will lead the UK economy firmly onto the rocks.

But yet, we hear you say, we have to respect the referendum, because it is ‘democracy’. It is the sovereign decision of 72.2 per cent of the potential electorate who voted by 51.9 to 48.1 per cent to leave the EU. Anyway, the referendum was a year ago, and now we just have to get on with it, and the most we can expect is a parliamentary vote on the deal with the EU. After all, more than 80 per cent of the electorate in the 2017 General Election voted for parties that had manifesto commitments to a so-called ‘hard Brexit’ (ie exit from the Customs Union and the Single Market). The ‘people’ have spoken. End of story.

This argument may be beguilingly simple, but it does not feel quite right.

Referendums and the UK Constitution

Actually, there are many ways to unpick the argument. For starters, the UK ‘tradition’ of holding referendums is of rather recent vintage. Referendums have been increasingly used in recent years, even on highly socially divisive and constitutionally weighty issues such as Scottish independence. But they are not a really deeply embedded part of our constitutional history. So we don’t fully understand how they fit into the overall scheme. Every referendum is different, in terms of how it is organised and who can vote in it.

More generally, referendums have contributed to the UK moving away, especially in the last twenty years, from the unitary ‘Westminster model’ which we may have studied at school. This model is admired all over the world. It is still held up as a historically quintessential expression of parliament-based democracy as opposed to authoritarian rule.

Now, we are a complex and plural democracy. Significant power is devolved to elected parliaments and governments in Northern Ireland, Scotland and Wales. Local government also plays an important representative role, especially in mayoral cities, including London. And, since the 1970s, we have also agreed to pool or share sovereign power with the other countries of the EU.

Both before and since these changes, our constitutional system, like other mature democracies, has been based on a system of checks and balances. How does a referendum fit in to this idea, when it is based on a simple 50%+1 majority vote? A decision of this magnitude, which will change everything, shouldn’t, we feel intuitively, be able to be made over such a short space of time (ie just one referendum campaign), by a simple majority of voters, in a complex plural political system like the UK. In effect, the decision has overruled Scotland, Northern Ireland, London and Gibraltar, which all voted to stay in the EU.

When we talk about the make-up of the demos (‘who we are’) we don’t mean our make-up in terms of how we identify ourselves (eg as Scottish, British and/or European), although that is important too. We mean instead understanding how the demos for the EU referendum vote was legally constructed within our constitutional set up, especially since there are several different ways of legally constructing electorates which are part of UK constitutional law and practice.

Prime Minister May’s government has behaved as if this particular demos is the demos. But the group of people who voted in June 2016 could legitimately have been constituted differently. It could have included, for instance, 16- and 17-year-olds (they voted in the 2014 Scottish independence referendum) and citizens of other EU countries resident in the UK (they vote in local and European Parliamentary elections, and they voted in the Scottish independence referendum).

And it could have included UK citizens resident abroad for more than 15 years. This exclusion was tested unsuccessfully in the courts and the inclusion of this group in the UK electorate for life has ironically been promised by the Conservative manifestos of 2015 and 2017, but not yet introduced.

‘The People’ Have Decided?

And taking it one step further, it also doesn’t feel right because the notion of a single UK demos no longer feels right, even if it ever were, in terms of UK constitutional law, political practice, or how people feel about their democratic identities. In fact, both the EU and the UK are set up as having multiple and over-lapping ‘demoi’, relating to the different territories which comprise these two composite and complex political entities. When you have not just a single demos, but multiple demoi, figuring out how they relate to each other can be a challenging task.

It’s not that the decisions to hold the referendum, or to leave the EU, are somehow constitutionally illegitimate. It’s that interpreting the result as a unitary ‘will of the people’ denies these over-lapping demoi. It gives one demos unrestrained power over the others. In the case of the EU referendum, the numerically superior English electorate won the day.

But we think that ‘taking back control’, if it is to mean anything, cannot mean control by one group, without reference to the constitutionally and legitimately expressed preferences of others.

Power Also Means Responsibility: To Include the Groups That Are Excluded

In a democracy, where some groups inevitably have power over others, obligations follow. Constitutions balance the power of different groups, and fetter the most powerful. The best-known way in which they do this is that they protect individual human rights against majoritarian interference.

But there isn’t a ‘right to be in the EU’, in the sense of a human right. There may, however, be legal rights, relating to family life, which would protect EU citizens resident in the UK, and UK citizens resident elsewhere, if there is no agreement on what are often called their ‘acquired rights’.

But there are procedural checks, which operate to protect those groups who lose out. As a minimum, these include the right to be consulted and to be heard, and to be represented in parliamentary processes (including through effective parliamentary opposition). In addition, the Westminster government needs to ensure that the devolved institutions have a voice in the Brexit process, which means giving a proper role to bodies like the Joint Ministerial Committee. For instance, politicians in Northern Ireland, Wales and Scotland should have been consulted on the Article 50 letter. The consultations on what type of Brexit need to become much more inclusive.

This article draws on a recent publication by Jo Shaw in the Journal of European Integration (which is also available on SSRN).

Prof Tammy Hervey FAcSS is Jean Monnet Professor of European Union Law at the University of Sheffield. Her research interests include transnational and global health law, and equality and diversity. Some of her recent work has focused on the implications of Brexit for health law and policy.

Prof Jo Shaw FRSA FAcSS is Salvesen Chair of European Institutions and Director of the Institute for Advanced Studies in the Humanities at the University of Edinburgh. Her research focuses on the field of the EU constitution and institutions, particularly in socio-legal and interdisciplinary perspective.