Romania and Bulgaria both joined the EU in 2007 and became subject to an ad hoc tool created by the European Commission to evaluate the progress of the two countries. Today, however, there is a growing gap between the two states: while European Commission officials have suggested the possibility of Romania graduating out of the mechanism soon, there has been very little progress recorded in Bulgaria. Eli Gateva argues that questions around how and when the CVM will end have overshadowed debates on its effectiveness, and that recent worrying developments in Poland and Hungary show that a more comprehensive approach to the rule of law is needed. 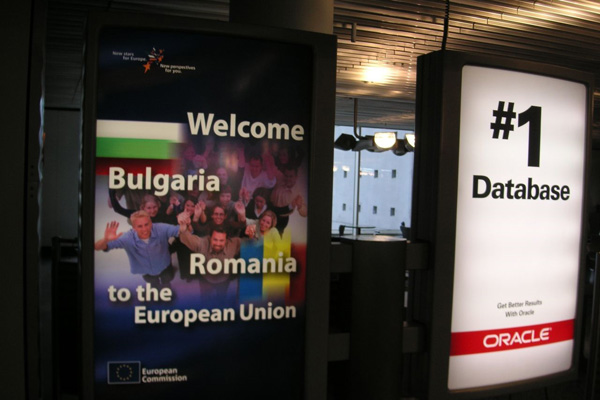 When Bulgaria and Romania became members of the European Union in January 2007, the European Commission set up a Cooperation and Verification Mechanism (CVM) in order to evaluate their progress in addressing a number of outstanding issues in the areas of judicial reform, the fight against corruption and organised crime.

Almost a decade after accession, and much to the dislike of politicians in Sofia and Bucharest, the mechanism remains in effect. As Bulgaria and Romania are the only EU Member States to have been subjected to this unprecedented monitoring, the two countries have continuously raised concerns about the emergence of EU double standards in areas with very limited acquis communautaire.

The mechanism provided for the activation of safeguard clauses included in the Accession Treaty if Sofia and/or Bucharest failed to make sufficient progress. However, the applicability of the sanctions expired at the end of 2009 (three years after accession). There were discussions in the Commission on linking the removal of the CVM with Bulgaria’s and Romania’s accession to the Schengen Area, but opinions within the college diverged and the idea was abandoned. Nevertheless, Germany and the Netherlands have linked the two issues and blocked their entry into the borderless Schengen Area.

The 15th set of CVM reports, published on 27 January 2016, indicates the growing gap between the two countries. Although the Commission noted that reforms in Romania should be consolidated further, it praised continued progress and confirmed that ‘the track record of the key judicial and integrity institutions to address high-level corruption has remained impressive’.

The report painted a different picture of the developments in Bulgaria. The Commission acknowledged that the new strategies on judicial reform and the fight against corruption ‘represent a detailed blueprint for action’. However, it stressed that ‘in key areas of judicial governance the efforts of the Bulgarian authorities still lack determination’ and drew attention to ‘the continued lack of a solid track record in high-level cases on corruption and organised crime’.

More than nine years after its accession to the Union, it is becoming increasingly evident that reforms in Romania have started to bear fruit. South of the border, Bulgaria has yet to translate reforms into tangible progress. The EU has carefully avoided the question of the possible decoupling of Bucharest and Sofia, but last week the President of the European Commission Jean-Claude Junker for the first time openly confirmed that: ‘If Romania is ready before our Bulgarian friends, it is obvious that the mechanism would be terminated’.

Although a decision about the CVM is unlikely to be made before the publication of the next reports in January 2017, Juncker’s statement has sent important, but clearly very different, messages to the political elites in Bucharest and Sofia.

The questions around how and when the CVM will end have overshadowed debates on its effectiveness. Nevertheless, it is clear that the relevance of the mechanism is neither limited to the areas of judicial reform and fight against corruption, nor to domestic politics in Bulgaria and Romania. The post-accession monitoring has shaped the revision of EU enlargement policy. The launch of the New Approach to Accession Negotiations firmly placed Chapter 23 (Judiciary and Fundamental Rights) and Chapter 24 (Justice, Freedom and Security) at the heart of the accession process.

The idea of ‘CVM for all’ has also inspired the development of the EU Justice Scoreboard, EU Anti-Corruption Report and Rule of Law Mechanism. The Union’s reaction to the recent developments in Poland reveals the limitations of existing instruments and demonstrates the need for a more comprehensive approach to the protection of the rule of law and fundamental rights at EU level.

In the run up to the tenth anniversary of this unprecedented mechanism, the diverging trajectories of Bucharest and Sofia illustrate the uneven impact of the Union. The impressive track record of Romania’s National Anti-Corruption Directorate and National Integrity Agency highlights the relevance of institutions. However, strong civil society is crucial for sustainable change, as political elites interested in maintaining the status quo can sabotage reforms. Romania’s progress confirms that the EU can play an important role in driving reforms even after accession, but local ownership is indispensable.

Can Sofia catch up with Bucharest?

This article was originally published on the LSEE Research on South Eastern Europe Blog.