David Cameron’s speech and letter outlining the plans for renegotiation of the UK’s EU membership were attempts to frame the debate as much to set its content, writes Laura Cram. She argues that, despite claiming a practical approach, the Prime Minister in fact relied upon emotional arguments unlikely to convince many of the likelihood of serious change. 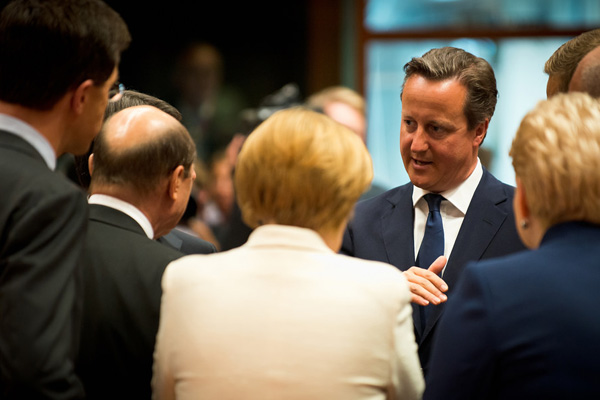 Prime Minister David Cameron’s speech on EU reform, accompanying his letter to European Council President Donald Tusk today, was as important for its attempt at framing the debate as for its widely anticipated content. However, framing a debate that is palatable to multiple audiences at home and abroad is challenging.

The PM was at pains to characterise his approach as practical, not emotional – as pragmatic and functional, not impassioned. Yet his explanation for his approach was foregrounded by his romanticised imaginings of a particular type of British nation and of the distinct characteristics of its nationals – a nation of ‘natural debunkers’.

Invoking a much favoured – but false – binary of ‘heart versus head’, the PM proceeded to present a heartfelt image of his understanding of the UK as a ‘proud independent nation’. His shared commitment to ‘our Dutch friends’ narrative – ‘European where necessary, national where possible’ – again evoked an emotional reification of the nation while aiming to emphasise potential allies in the EU.

While likely to appeal to some at home (though the notion of a single UK nation may limit his appeal), it is difficult to see how this conceptualisation sits with the stated notion of the UK as an ‘engaged’ nation at the EU level.

An instrumental list of UK demands for EU reform, on the basis that the UK is a particular kind of nation with special interests, is unlikely to convince other Member States that the UK is thinking about their interests too.

Emotional evocations of security and threat, aimed to convince switherers at home that the risk of Brexit is not worth it, emphasised how much the UK needs the EU. These were pitched alongside maintaining that the UK would be hard-nosed in protecting its national interests.

At the same time, the case was made to the EU Member States that the UK is not solely selfish and self-interested but had the benefit of all in mind – how this latter point was to manifest itself was much less clear.

A muddled and deeply emotional rationale for change and a limited and, for the most part achievable, package of reforms, is unlikely to convince at home or abroad that substantial change will be forthcoming on the basis of today’s letter. In terms of the framing of the debate, the ongoing discomfiture of the UK presence amongst EU Member States will be the message most will take from the Prime Minister’s speech.