How can we think about the EU’s engagement beyond its borders? Chad Damro explains how his proposal of Market Power Europe, which recognises the EU’s impact in exporting its economic, social-market and regulatory policies, can serve as a conceptual framework for understanding the role of the EU as a power in global politics. 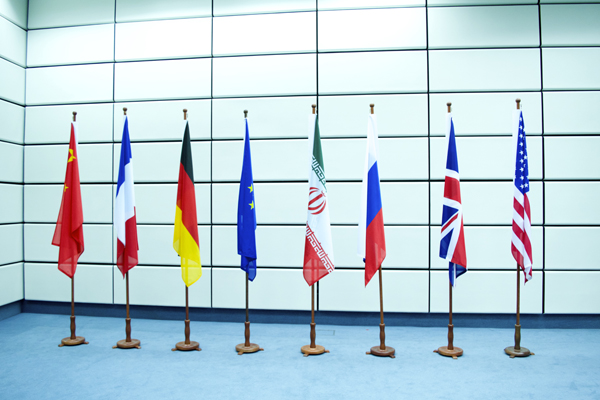 Empirical developments and scholarly attention in European Union external relations have experienced considerable advances over the last decade. Nowhere is this more noticeable than in the EU’s role as an international regulator. So profound are these advances that they have helped to inspire the suggestion that the EU may be conceived of as Market Power Europe.

Indeed, such a conceptualisation reflects an understanding that the EU most consequentially affects the international system by externalising its internal economic and social market-related policies and regulatory measures. This understanding is also reflected in external perceptions of the EU. Insofar as external perceptions matter for shaping an actor’s identity, such findings are important for making claims about the appropriateness of how to conceptualise the EU as a power.

Drawing from a wide range of scholarly contributions, the conceptualisation of Market Power Europe (MPE) builds upon insights from two established literatures – Comparative and International Political Economy (CIPE) and the EU as a Power debates – that have run rather independently of each other and not always grasped opportunities for mutual enrichment. But MPE is not intended to be a hegemonic conceptualisation of the EU to which both literatures must announce their allegiance. Rather, its original formulation provided a framework for guiding empirical research on the EU as a power without necessarily foreclosing on different understandings and approaches.

Various contributions to the EU as a Power debates have helped to establish that the EU should be taken seriously as an international actor. These debates may be fragmented today, but they remain valuable efforts to address the ever-present ontological questions about the EU’s existence and seek to provide conceptual bases from which to understand the EU in international affairs.

As a stock-taking exercise, this contribution aims to clarify and elaborate important aspects of MPE and to explore the utility of employing it as a conceptual framework – not an explanatory theory – that provides a rethink of and a way to take forward the debates.

The EU as a Power debates tend to understand (at least implicitly) the EU as a unique or sui generis actor, which can limit the extent to which contributions benefit from and add to other more generalisable literatures. At the same time, contributions to the debates tend to emphasise ideational dynamics and the persuasive nature of the EU as a power while overlooking the potential roles played by various other factors that may arise from core characteristics of the EU’s identity as a power.

When viewed as an explicit and dynamic conceptual framework, MPE may add considerable value to these debates. Given its generalisable foundations, the framework does not depend upon or advance an understanding of the EU being sui generis. Rather, by drawing from the CIPE literature, MPE’s generalisable foundations – its three core characteristics – may be common to any market power’s identity. This reliance on the broader and more general CIPE literature also helps to ensure that the framework is analytically flexible enough to take into account new theoretical and empirical developments arising from research on the material/interest-based and social/ideational sources of power.

As shown in recent research related to the conceptualisation, the three characteristics of MPE can be thought of in a variety of ways. Through an MPE approach, the extent to which these three characteristics contribute to externalisation of market-related policies and regulatory measures can be analysed in two stages. Across these two stages, investigations need to consider the role of persuasion and coercion as well as intentionality and unintentionality. But they also need to consider variation in EU attempts and non-attempts as well as actual success and failure.

Despite a tendency in the growing literature on the EU as an international regulator to see the EU as a dominant actor, MPE is flexible enough to accommodate the failure of externalisation without losing its conceptual or analytical value. This flexibility also allows for and encourages further adjustment and revision of MPE as ongoing research continues to generate new findings that may help to elaborate more thoroughly and extensively the three characteristics and externalisation, as well as additional external factors that may condition the EU’s exercise of power.

These insights into the ways in which MPE may contribute to the EU as a Power debates also help to identify other important areas for further research efforts. For example, while MPE’s focus on a wide variety of directly and indirectly market-related policies and regulatory measures expands the scope of analysis, it increases analytical precision by avoiding methodological pitfalls that may arise when evaluating the EU’s pursuit of fuzzily defined and potentially inconsistent objectives.

In particular, the approach encourages careful and empirically detailed interrogation of the EU’s more specific and fine-grained subjects of externalisation. In addition, the concept of externalisation can, at least theoretically, be applied across all policy areas, which may provide important inroads for analysing the fungibility of the EU’s power. Empirical work along such lines may even help to reveal the extent to which the framework can (or cannot) contribute to the analysis of power in more traditionally security-related policy areas.

Ultimately, these reflections reveal the feasibility and benefits of employing MPE as a conceptual framework and suggest its potential for opening new exploratory avenues and contributing to theoretical developments in our understanding of the EU as an international regulator and, more generally, as a power.

This article draws from the author’s recent publication in the Journal of European Public Policy, Market Power Europe: Exploring a Dynamic Conceptual Framework.

Shortlink for this article: edin.ac/1CYVc4G

(@ChadDamro)
The University of Edinburgh