Faced with recent events at home and abroad, the UK’s political system needs to adapt to ensure prosperity and to bolster democratic legitimacy, writes Jo Shaw. She argues that devolution to cities might be a viable option to achieve these objectives, while also maintaining a balance in the UK’s complicated territorial politics. 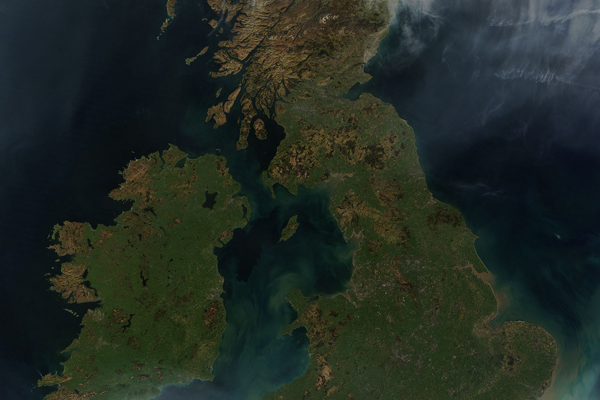 The UK is facing a period of considerable turbulence in the second half of the second decade of the twenty first century. The UK’s future within the European Union looks quite precarious, with a referendum on continued membership slated for 2016 or 2017. At the same time, the EU itself faces some of its most severe crises ever, as the issue of the proper governance of the Eurozone continues to dominate debates and many Member States struggle with stagnant economies, rising unemployment and falling living standards. In contrast to these fundamental issues of economic stability, prosperity and democratic legitimacy facing not just the Eurozone states, but in fact all states in the EU, calls from the UK government for a ‘reform’ agenda, much of which comprises window dressing, seem wide of the mark.

Internally within the UK, the debate is also not simple at all. While the Conservatives won a small majority of seats in the May 2015 General Election (and effectively faced down the UKIP threat), they did so without winning a truly convincing percentage of votes, and on the basis of the barest of representations in one of the devolved nations in the UK, Scotland. Having faced down the existential crisis to the UK posed by the Scottish independence referendum in September 2014, unionist politicians in the UK might have thought that they were looking towards a period of internal political stability, as they settled down, with the participation of the SNP-run Scottish Government, to implement the terms of the Vow, and in particular the heads of agreement contained in the cross-party Smith Commission Report of November 2014.

Nothing could be further from the truth. Having swept to victory in Scotland in the Scottish Parliament elections of 2011, having secured a far higher vote for ‘Yes’ to independence in September 2014 than any observers or indeed polls had ever predicted (on a higher turnout than ever previously seen in the UK), and having taken 56 of 59 Westminster seats in the General Election in May 2015 (on a turnout five per cent above the UK average), the Scottish National Party feels comfortable in articulating a form of resistance to the mainstream EU referendum rhetoric which dominates the debate in the rest of the UK.

That mainstream rhetoric sends a message to the EU and the other Member States: in the UK, we are not happy with the EU. It feels remote. We think it is somehow unfair to us. You must reform and concede to us a better deal, or otherwise we will consider leaving. Even the Labour Party now appears to have signed up to this. In contrast, Scottish First Minister Nicola Sturgeon’s speech in Brussels in June 2015 contained a very different type of message. Yes, the European Union has weaknesses and we should, for example, see a much clearer focus on protecting people’s livelihoods in the context of policies to promote jobs and growth. But this type of reform, like the reforms that the SNP would like to see to the Common Fisheries Policy and energy policy, does not need treaty change and we, the Scottish Government, see no need for a referendum on such a false prospectus.

Consequently, Scottish Ministers feels confident in putting forward two variations to the expected franchise and in making one prediction. The two variations, if implemented, would include within the franchise the two groups who participated in the Scottish referendum but who look set to be excluded this time around. The Scottish referendum was conducted on the basis of the Scottish Parliament franchise – that is, it was residence based, excluding all external voters and including EU citizens. This was supplemented to include, for the first time ever in a vote in the UK, 16 and 17 year olds (who will also be able to vote in the Scottish Parliament elections from 2016 onwards).

In contrast, the published EU Referendum Bill bases the franchise for the referendum on a modified Westminster franchise, including external voters up to 15 years of absence from the UK, plus the usual Commonwealth and Irish citizens, but excluding EU citizens who do not fall into those categories, as well as 16 and 17 year olds. It is possible that in order to maintain the exclusion of EU citizens, whose inclusion would be very unpopular with the Eurosceptic elements of the Conservative Party, younger voters may eventually be included as the Bill proceeds through the Commons, and in particular through the House of Lords where the Government does not have a majority. However, it is most likely that the franchise will remain unamended.

Nicola Sturgeon’s prediction is this: if the overall outcome of the referendum is for the UK to leave the EU, but Scotland has voted to stay in, then this would give rise to the sorts of changed circumstances in which it would be reasonable to suggest that there should be a further referendum on Scottish independence. If independence is the only circumstance in which Scotland can retain its EU membership, and its citizens can retain their EU citizenship, then it would seem reasonable to place that question once more before the electorate if they have already voted ‘Yes’ to staying in the EU.

While levels of support for EU membership are only modestly higher in Scotland than they are in the rest of the UK, the elite discourse on EU membership is utterly different to that emanating from Westminster and the Eurosceptic London media has almost no hold in Scotland (all the ‘UK-wide’ newspapers run quite different headlines and editorials in Scotland). Such a claim, therefore, looks quite plausible. It has been suggested that a ‘double lock’ should be extended to all the regions and nations of the UK.

In other words, the UK should not exit the EU (as an integral whole) unless there are both an overall vote for exit, plus an ‘out’ vote in each of the separate nations or regions. The challenges of navigating a similar type of double lock already enshrined in the UK’s peculiar constitutional arrangements has already apparently torpedoed the Conservative Government’s manifesto commitment to repeal the Human Rights Act 1998 and replace it with a ‘British Bill of Rights’, at least in the short term.

These reflections bring us back to the unresolved question of political and institutional designs for common living on these islands. The argument is commonly made that, while a federal design would work well in theory, dispersing sovereignty to the several peoples of the nations and regions, in practice it cannot work because one component, England, is at the same time too large to be a single unit and also not amenable to splitting up, with devolution to the North East of England having previously been rejected decisively. It has also been observed that the UK’s secessionist movement is different to those visible elsewhere in Member States of the EU. Whereas in Belgium and Spain it is the wealthiest parts of the state that seek separate statehood, feeling burdened economically and socio-culturally by the rest of the country, in the UK this is not the case.

Scotland is one of the wealthiest parts of the UK now – perhaps for the first time in its history – but like all parts of the UK outside the South East of England and London, it cannot match up on criteria such as average incomes and GDP. Moreover, in the property-obsessed UK, house prices distinguish the South East more starkly than any other indicator. Of course, London and the South East do not represent not a homogenous area, with many pockets of deprivation and variations of political culture, and the Labour Party’s resurgence in highly educated and ethnically and culturally diverse London highlights that point.

While it may be Scotland that has made the formal request to consider secession, many people right across the UK, and especially in the North of England, often feel that de facto London and the South East of England have already seceded from the rest of us, running an economy based on the power of attraction of a global city that nowhere else on these islands can even begin to match, now that the global city is no longer fuelled from industrial powerhouses in Wales, the North of England and Scotland, but from the engines of global financial flows. These are the reasons why devolution to cities (and Glasgow should be amongst those which should benefit) begins to look like a more interesting way of fostering the economic growth and prosperity without which territorial tinkering and the assertion of claimed identities based on territories just look like fiddling on the margins, without addressing the real issues.

This, then, is federalism not as a system for dividing powers, but as a manner of thinking about politics. Devolution to cities, and other forms of decentralisation to promote economic growth, can subsist alongside territorially-based devolutions to nations and regions. It is a thoroughgoing pluralist approach to notions such as the sovereignty of the ‘people(s)’ and the democratic legitimacy of institutions. It would inevitably be asymmetric. Different institutions may need to be anchored in different structures to enable effective accountability to the people.

It is a way of thinking that also highlights the urgency of calling a Constitutional Convention – suggested as a matter of political convenience by some who feared that we would end up with a Parliament so severely ‘hung’ after the May 2015 General Election that no effective government could emerge. Of course, that proved to be an incorrect prediction, but the election did reveal intense cleavages across the UK that politicians in all parts of the country would do well to pay heed to. A Constitutional Convention with a strong element of ‘ordinary citizen’ participation, as in Ireland, could be a first step towards healing some of those divisions.

Prof Jo Shaw FRSA FAcSS is Salvesen Chair of European Institutions and Director of the Institute for Advanced Studies in the Humanities at the University of Edinburgh. Her research focuses on the field of the EU constitution and institutions, particularly in socio-legal and interdisciplinary perspective.