The Imagine Europe project explores how people use social media to talk about the UK’s relationship with the EU. Clare Llewellyn and Laura Cram report on a recent data science event in Edinburgh in which the project participated. 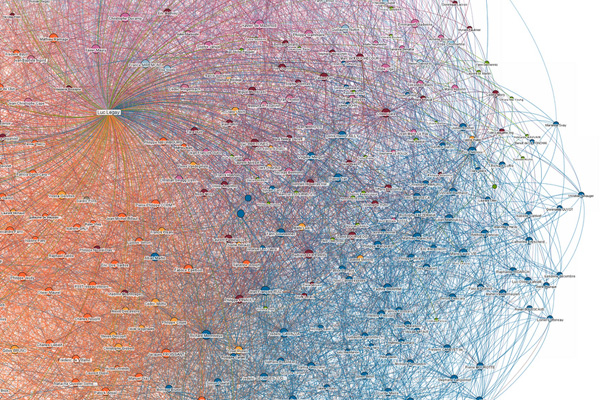 This week the Imagine Europe project took part in the Data Science for Media Summit which was held in Edinburgh and hosted by the Alan Turing Institute and the University of Edinburgh.

The aim of the summit was to encourage members of the media to discuss problems that they have with big data and data analytics. The hope is that, from this information, the Alan Turing Institute can identify appropriate areas for research.

The Alan Turing Institute is the UK’s national institute for data science. The Institute’s mission is to: undertake data science research at the intersection of computer science, mathematics, statistics and systems engineering; provide technically informed advice to policy makers on the wider implications of algorithms; enable researchers from industry and academia to work together to …

To start off, Howard Covington, Chair of the Turing Institute, explained the aims of the Institute and gave an overview of the big data landscape.

The day featured a mix of researchers from academia, industrial data scientists and members of the media. The programme included talks by Mike Dewar from the New York Times, Steve Plunkett from Ericsson and Michael Satterthwaite from the BBC.

How the @nytimes sees all "its audience right now" – @mikedewar keynote (each pixel is a view) #turingsummit pic.twitter.com/gJ6Em5YpR3

There were panels on data journalism, audience engagement and the value of data, alongside some great networking.

We had a booth next to the Edinburgh School of Informatics Language Technology group on geo-tagging and data analytics. We gave a demo of the beta version of the tools we are using to analyse the EU-related twitter datasets we are collecting. We are looking, amongst other things, at hashtag frequency, sentiment towards the EU and the location of tweets.

Great day discussing data science at the #TuringSummit – here is a copy out our poster if you didn't make it pic.twitter.com/7CW8EOXUON

For more information, Nicola Osborne provided a great live blog of the event:

Today I am at the ‘Data Science for Media Summit’ hosted by the Alan Turing Institute and the University of Edinburgh and taking place at the Informatics Forum in Edinburgh. This promises to be an event exploring data science opportunities within the media sector and the attendees are already proving to be a diverse mix of media, researchers and others interesting in media collaborations.