The speech and letter from David Cameron setting out terms for the renegotiation of the UK’s EU membership are the start of the debate on the issue in France, writes Christian Lequesne. He suggests that the French government is committed to ensuring the UK remains in the EU and that it is willing to compromise on the renegotiation agenda, to a point, despite any apathy on the issue from the French public. 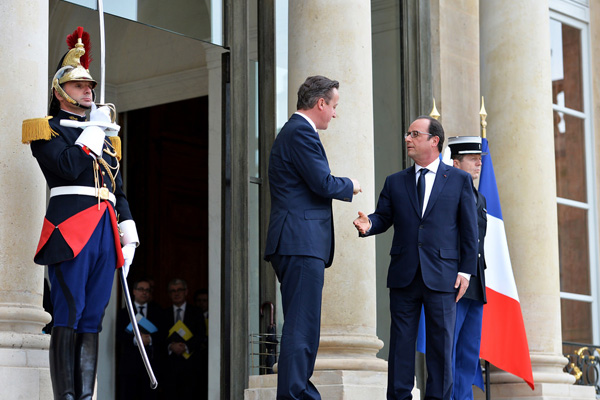 Three Reasons for Paris to Keep Great Britain in the EU

There is no doubt that the French government – at present on the left, but without any great difference were it on the right – does not want Great Britain to leave the European Union for at least three reasons.

The first reason is that Paris, a founding member of the European Union, is convinced that the EU as a political experiment would be seriously damaged by disintegration – any Member State leaving the EU.

Although in principle the treaties provide for the withdrawal of a Member State, in practice this would be seen as a clear sign of political failure, which could feed the already morose European debate in France.

Any French government would indeed fear that disintegration would strengthen the Eurosceptic rhetoric of political parties on the far left and the far right, as well of some Socialist (centre-left) and Republican (centre-right) members.

The second reason is the importance France places on diplomacy and defence cooperation. In terms of defence, Paris has understood that Europe’s participation in world security, increasingly alongside the Americans, means working with the British in ad hoc coalitions.

It was with Great Britain and the US that France decided to intervene in Libya in 2011 to bring Gadhafi’s regime to an end. Regarding the conflicts in the Middle East and the fight against terrorism, exchanges with the British diplomatic and intelligence services under the EU’s Common Foreign and Security Policy are still extremely useful resources for Paris.

The third reason is geopolitical, focusing on the balance of power within the EU. The economic and financial crisis that began in 2008 has increased the differential in power between France and Germany.

In 2015, Paris is suffering politically from not having succeeded – in spite of the efforts of the government of Prime Minister Manuel Valls – in implementing structural reforms as quickly as Germany. For their part, these reforms have enabled Germany to reduce its unemployment rate and revive growth.

Germany’s ability to fulfil the macroeconomic convergence criteria set by the EU treaties, whilst France is struggling to do so, strengthens its credibility and therefore political supremacy over France. As in the 1970s, Paris wants London to remain a power that can balance out the central role played by Germany in the EU.

Following Cameron’s letter to European Council President Donald Tusk and his speech at Chatham House, the French government is prepared to make concessions designed to rally the British voters to the ‘Yes’ side in the forthcoming referendum, but not at any cost. In Paris, there are red lines surrounding any renegotiation.

The first is that British renegotiation should not be a pretext for further reform of the EU treaties. French government leaders believe that most of the current dysfunction in the EU (notably in the Eurozone) can be improved without meddling with the treaties.

There is no desire for further constitutional reform of the Union, because this would entail the huge risk of having to organise a referendum in France for its ratification. The negative result of the French referendum on the European Constitutional Treaty in 2005 has meant that the French political class has adopted a very cautious attitude to direct democracy.

Secondly, France is firmly opposed to the idea of the four freedoms of the EU – deemed to be a foundation of the treaties – being affected by any renegotiation with Great Britain. David Cameron’s proposal to review the principle of welfare rights for workers from the EU is acceptable, if it does not contradict the EU acquis communautaire. Although the flows have been less than those from Poland, the number of French citizens employed in Great Britain is significant. In London they number 300000, making the British capital the seventh largest French city.

Thirdly, Paris supports the British idea of greater power for national parliaments to monitor the principle of subsidiarity in EU law. A more systematic use of the monitoring mechanisms provided for in the Lisbon Treaty (the so-called ‘yellow card’ and ‘orange card’ system) is acceptable. However, Paris rejects the idea of national parliaments being able to block a European Commission proposal, since this would again mean modifying a fundamental acquis of European integration: the Commission’s power of initiative.

Finally, Paris is prepared to consider London’s demands aimed at involving non-members of the Eurozone more in the decisions that affect the EU’s economic future. However, Paris would never accept non-Eurozone members (and in particular those like Great Britain, who are voluntarily opting out) being able to veto Eurogroup decisions.

The publication of David Cameron’s letter to Donald Tusk is just the start of the public debate in France. There are few polls that take the temperature of French opinion on this issue. One poll conducted on 2 June 2015 showed that 43 per cent of people in France would support Brexit – a high figure.

It is interesting to note that 50.5 per cent of those aged 50-69 say they support Brexit, whilst 68 per cent of 15-29s are against it. The young French person’s view of Great Britain as a close, attractive labour market undoubtedly explains in part this difference of perception.

In the end, Great Britain’s exit from the EU would be harder for government leaders (and also for business leaders) to accept in France than the French population, which often equates Great Britain with the spoke in the European Union’s wheel.

Prof Christian Lequesne is Professor of Political Science at Sciences Po Paris. His research interests include EU foreign policy and French diplomacy. He is Co-Chief Editor of the European Review of International Studies and his latest co-edited volume is The Member States of the European Union (2014).