With Referendum Day finally here for the vote on the UK’s membership of the European Union, Anthony Salamone sets out some points to keep in mind over the course of polling day and the vote count. 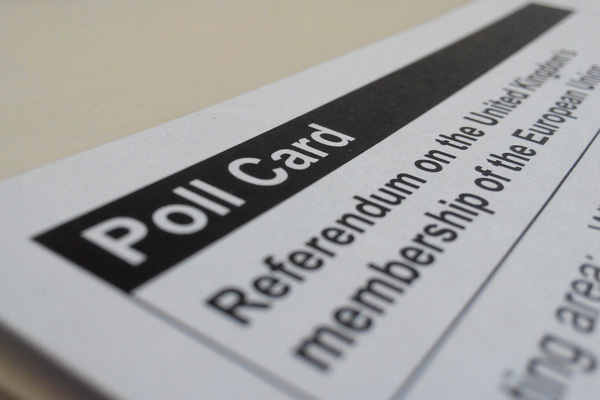 After years of speculation, months of campaigning and weeks of intense focus, the UK’s referendum on EU membership has finally arrived. As voters cast their ballots across the UK and Gibraltar, here are the key things to watch for as the results come in:

Turnout could be particularly decisive in this contest. In contrast to elections to the UK Parliament, for instance, where first-past-the-post applies in each constituency, the referendum will be decided on a simple majority of the UK and Gibraltar. As a result, every vote cast will ‘count’ and make a difference to the overall result. Particularly in the last few days, the campaigns have focused on encouraging their supporters to turn out, as it could make the difference. Turnout at the 2015 General Election was 66 per cent, while in the 2014 Scotland independence referendum it was 85 per cent.

The margin by which the victorious side wins will also be important. If the margin is large, it will likely be seen to give greater legitimacy to the outcome, and perhaps make it more definitive. If the margin is small, it will probably heighten tensions and make it more difficult for the other side to accept. The sum of the opinion polls appears to indicate that the contest will indeed be close. After the referendum, a process of national reconciliation will need to take place to rebuild common spirits after a divisive campaign and the final result.

3. Differences across the UK

Differences in the vote across the different nations of the UK could have constitutional implications. Although the referendum will be decided on a UK-wide basis, challenges could emerge if some nations vote one way, and some the other way. For instance, if Scotland were to vote to stay, but the UK as a whole voted to leave, that could raise questions about Scotland’s constitutional future. If England were to vote to leave, but the UK as a whole voted to stay, that could also call into question the UK’s systems of governance. In that sense, this referendum is as much about the future of the UK’s political arrangements as it is on its relationship with the EU.

The length of time it takes for a definitive outcome to be confirmed will also be interesting. It will serve as a reflection of how close or not the vote has been in reality. It will also be intently watched by a number of politicians who may be considered their positions in the event of the vote going a particular way. Polls close at 10pm and counting generally begins soon thereafter. The count will continue throughout the night and into the morning. Most people will likely be waking up on Friday morning to find that the UK has voted one way or the other.

Most important of all, of course, is the result itself. Once the outcome is clear, it is likely that we will have a timely reaction from the UK government. We can envisage David Cameron making another speech outside 10 Downing Street to announce the initial response to the result. If the vote is to remain in the EU, much will continue as before and the UK’s EU renegotiation is meant to be taken forward. If the vote is to leave the EU, the UK will need a new relationship with the EU and the process of withdrawal and negotiation will have to take place. In either case, the impact of the referendum on politics in the UK is likely to be substantial and will only be fully understood in time.