Although the Netherlands is considered a potential contender to follow the UK in opting to leave the EU, such a prospect is unlikely for now, writes David Bokhorst. He argues, however, that deep public dissatisfaction with European integration, combined with how political elites present the EU at home, will continue to undermine Dutch support for EU membership in the longer term. 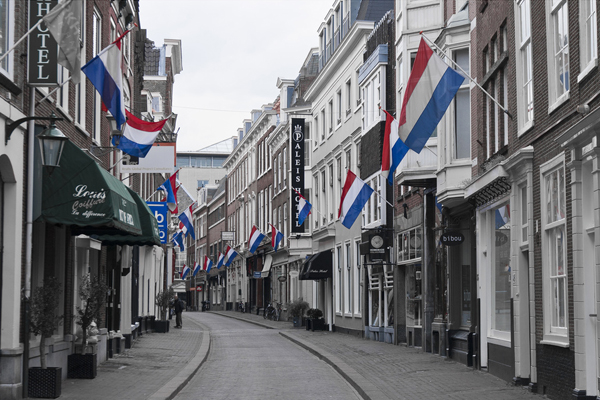 Following the UK’s vote to leave the EU, will the Netherlands be the next domino piece to fall? This question was on the minds of numerous journalists rushing to The Hague immediately after the referendum.

Political risk assessor Eurasia Group ranks the Netherlands together with Austria as most likely to be next to leave. The Dutch have already voted ‘No’ in two referendums on EU affairs and far-right leader Geert Wilders – who is leading in the polls – has promised to make a ‘Nexit’ vote his primary issue at the next election. The Socialist Party has also called for fundamental reform of the EU, including getting rid of the European Commission, and presenting a slimmed-down version of the EU to a popular vote.

Does this make a Nexit likely? It depends on which numbers you look at. Eurobarometer’s latest poll ranks the Dutch as least likely to want to exit, with only 16 per cent believing that the country’s future would be better outside the EU.

Moreover, a recent national poll found that support for holding an in/out referendum decreased from 41 per cent just before the UK’s referendum to 34 per cent, with 71 per cent wanting to remain in the EU – up from 66 per cent two weeks before. It seems that people have somewhat toned down their scepticism, now that the economic and political turmoil in Britain is so clearly visible.

But the numbers don’t tell the full story. The Brexit debate has resulted in deep uncertainty in the Netherlands over how to respond to the undeniable feelings of unease with the EU among part of the Dutch population.

The UK’s decision to leave the EU was received by political elites with mixed feelings. Above all, it brought a sense of bewilderment about the escalation of the debate in our well-respected neighbour. But at the same time – reminded of the two Dutch pre-referendum debates – it prompted a lingering feeling that this debate could have just as easily been in the Netherlands. A Nexit is unlikely, but EU membership can no longer be taken for granted.

One has to be cautious in making excessive claims about Euroscepticism, because it can come in many variants. The Brexit vote has been a sobering experience for any social scientist in this regard. However, it can hardly be denied that similar sentiments of disenchantment and loss of sovereignty that featured in the Brexit campaign also have a strong foothold in Dutch public debate.

The open economy and open borders policy propagated by the EU has led to feelings of loss of empowerment among many. Dutch support for the EU hinges strongly on economic arguments of trade interdependence. But the British debate showed that other arguments – related to sovereignty, migration or identity – are seen by many as more important than warnings of possible economic decline.

The Dutch have always been pragmatic about membership of the EU and barely idealistic. In the end, people realise that the Single Market creates jobs. But, if economic conditions worsen or the Eurozone decides to embark on a path of distributional risk-sharing, if pension funds have to cut their rates linked to expansionary ECB policy or foreign banks have to be saved with common taxpayers’ money, the strength of the economic argument for membership could slowly wane in the eyes of the public and be replaced by a sentiment of ‘we pay, they gain’.

Dutch Prime Minister Mark Rutte himself has ruled out an EU referendum. Rutte has never shown himself to be a great fan of European integration, but, pragmatic as he is, he realises that now is not the time for some form of Euroscepticism-lite. In a number of recent speeches and interviews, he has stressed the vital importance of the EU for the Dutch economy and the millions of jobs that depend on the internal market.

Under the new European Commission, the EU is developing in precisely the direction that the Netherlands wants it to, Rutte argues. A focus only on core issues, finalising the internal market to boost jobs, a new posting of workers directive as social agenda, tackling the migration challenge and combating terrorism are all shared priorities. The fact that the European Parliament is bored due to a lack of new legislation is something of which Rutte is clearly proud.

Nexit might not happen soon, but political parties are struggling to find answers to satisfy the Eurosceptic sentiment. It is highly unlikely that the solution to the type of political unease that is felt can be found by reforming the structures in Brussels, such as getting rid of the Commission.

It is surprising that the strong words used in the analysis of the problem – ‘Brussels is deeply undemocratic, it needs fundamental reform’ – are seldom followed by a substantial debate on possible solutions. Of course, the EU could benefit from reforms in terms of its structure or its budget or indeed do better in addressing the shadow-sides of the internal market, financial stability or tax evasion.

But, like Cameron’s reform agenda, the debate on EU reform all too often gets stranded in procedural technicalities such as changing the colours of cards for parliaments to block legislation from ‘yellow’ to ‘red’. At the same time, the old adages of ‘we need to explain the EU better’ or ‘the EU needs to do less, but do it better’ clearly do not suffice any longer.

Yet, Rutte’s first response to the British vote is perhaps more telling of the state of the Dutch EU debate. ‘Now is the time to place Dutch interests first, second and third’, he stated. And here is the crux. The fact that European cooperation has to benefit the nation state is obvious, but the tragedy of the current debate is that the European project continues to be sold to the public primarily as a zero-sum game.

The focus in much of the debate continues to be about protecting as much Dutch sovereignty as possible within European policies. Upward convergence, mutual gain, solidarity or gaining self-determination by cooperation on common issues too often seem arguments from a long-gone past.

Recently, a new EU directive on pensions, focused mostly on guidelines for information provision, has been presented at home as if, after tough negotiations, the government managed to heroically save Dutch pension funds from the grasp of the European Commission.

Most striking was the tone of Dutch politicians immediately after the Greek bailout. This was not presented as a systemic failure in which Dutch banks were partly responsible. Instead, the Dutch public was promised all its money back with interest.

The underlying tone in the debate is clear: we must protect ourselves from overly meddlesome European bureaucrats and the deeply indebted and reform-lacking South. As time passes, policy details are easily forgotten, but the ‘us versus them’ frame is something that sticks.

As long as Dutch politicians can continue to sell the fact that we need the EU for our jobs, the Netherlands will remain in the safe-zone in terms of EU membership. But with the zero-sum approach, the willingness to compromise and the much-needed public understanding of the difficulty of successful international cooperation will continue to slowly deteriorate.