European harmonisation has been successful in fewer areas than private international law (PIL). Since the 1968 Brussels Convention, an impressive number of European PIL instruments have been adopted. The UK government’s recent position paper gives an overview of the current EU PIL instruments in which the UK participates. This article identifies the implication of Brexit in the field of PIL and prospects for future EU-UK PIL cooperation. 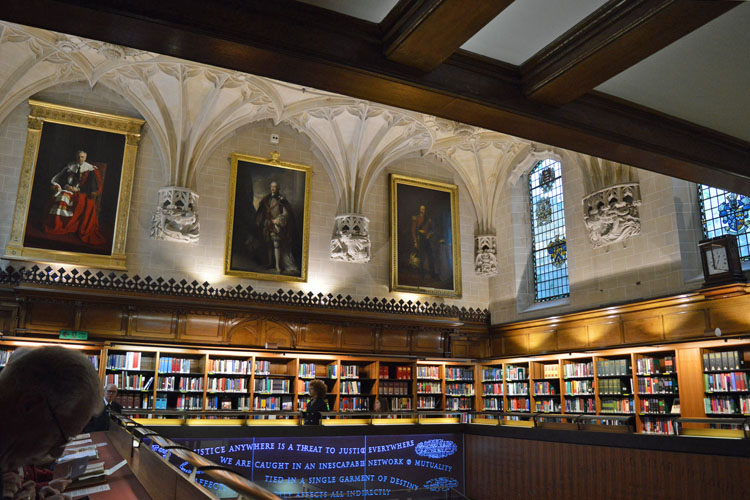 Impact of Brexit on the UK

After the UK’s exit from the EU, secondary EU law will lose its binding force in the UK. This also affects arguably the most important regulations in the field of commercial and civil PIL: the Brussels I (Recast) Regulation, Rome I Regulation and Rome II Regulation. The effect of Brexit is more complicated for the first generation of European PIL instruments: the 1968 Brussels Convention on jurisdiction and the enforcement of judgments in civil and commercial matters and the 1980 Rome Convention on the law applicable to contractual obligations. These conventions are essentially multilateral treaties – although they became a part of the acquis communautaire at a later stage, they initially played the role of satellites to the EEC Treaty, facilitating the free movement of judgements within the EU. The question is whether these conventions will revive after Brexit.

Besides the civil and commercial EU PIL framework, Brexit will affect other aspects of EU PIL. In the field of family matters and child protection, the Brussels IIa Regulation and Maintenance Regulation will cease to apply to the UK. However, the conventions part of the Hague Conference on Private International Law (HCCH) will generally provide for an effective fall-back option.

The Insolvency Regulation will also cease to have effect in the UK after Brexit. Consequently, jurisdiction regarding EU-UK cross-border insolvency proceedings, the law applicable to such proceedings and recognition and enforcement of judgements concerning such proceedings will be governed by residual (national) PIL of the UK and the EU Member States. On restructuring, Brexit will imply that restructuring schemes are no longer subject to the favourable regime of recognition and enforcement under the Brussels I (Recast) Regulation. This would likely negatively impact the attractiveness of UK restructuring law for international (groups of) companies. Brexit will also have an important side effect on PIL issues relating to corporate mobility. Since the UK will leave the Single Market, UK corporations will no longer benefit from the freedom of establishment. That implies that the CJEU’s Centros and successive case law will no longer govern free movement of UK corporations into the EU, and Member States will be able to apply the real seat or incorporation theory at their own discretion in relation to UK companies.

For the Brexit transition period, the European Commission has proposed to base jurisdiction rules on the date of start of proceedings to determine applicability. EU PIL rules on jurisdiction would therefore cease to apply to proceedings commenced as from Brexit day. Moreover, Moreover, the Commission and the UK government have both proposed in their respective negotiation positions to refer to the conclusion of a choice of court agreement in order to determine the applicability of Article 25 of the Brussels I (Recast) Regulation. Subjecting choice of court agreements to a different legal regime after Brexit might have the undesirable effect that those which were valid under EU PIL are no longer under residual PIL.

There is also overlap between the Commission’s and the UK government’s negotiation proposals with regard to applicable law. The Rome I and Rome II Regulations link their applicability to the date of contract or of occurrence of the event giving rise to damage, respectively. Therefore, reference must be made to that same date in order to determine when the Rome I and Rome II Regulations will no longer apply in relation to the UK.

A final issue concerns the extent to which UK courts will be bound by the CJEU’s case law after Brexit. Logically, they should remain bound by prior case law when applying the EU PIL regulations. This approach might arguably be extended to post-Brexit CJEU case law, when UK courts apply EU PIL during the Brexit transition period.

Going forward, legal scholars have set out the option of a ‘bespoke’ bilateral EU-UK PIL agreement, which would copy the Brussels I (Recast) Regulation, and possibly the Rome I and the Rome II Regulations. Moreover, some argue that a similar agreement would be advisable in the field of cross-border insolvency proceedings. What should such a bilateral EU-UK agreement look like? Negotiators might find inspiration in the 2005 Denmark Agreement under which the Brussels I (Recast) Regulation applies to Denmark. The advantage of such a solution would be that the framework for recognition and enforcement remains in place, and that there would be clear lis pendens rules which govern parallel proceedings in the UK and the EU after withdrawal.

It is questionable, however, whether the UK would be willing to accept an arrangement similar to Article 6(3) and (4) of the Denmark Agreement, under which Danish courts must take ‘due account’ of the CJEU’s judgements regarding the Brussels I Regulation and the Brussels Convention. The UK government stated that the UK will be outside the ‘direct’ jurisdiction of the CJEU after Brexit. Nevertheless, it would be in line with UK courts’ comparative tradition of seeking inspiration from the case law of foreign courts for them to take CJEU case law into account after Brexit.

Research on family matters and child protection has already concluded that HCCH instruments will suffice to compensate for the effects of Brexit in that field. With respect to civil and commercial matters, the 2005 Hague Choice of Court Convention could be (an albeit partial) substitute for the Brussels I (Recast) Regulation, in the absence of a bespoke agreement. The convention fills in part of the gap left by Brussels I (Recast) in relation to exclusive choice of court agreements. However, it does not abolish the need for an exequatur in order to obtain cross-border enforcement, and important aspects such as consumer contracts and anti-trust matters are excluded from its scope of application.

However, EU-UK cooperation under the Judgments Convention would be one by proxy. Cooperation would be nowhere as extensive as under Brussels I (Recast) or a similar regime. First, exequatur has not been not abolished in the convention’s current drafting phase. Furthermore, the largest issue with the Judgments Convention might lie with the risk of divergent interpretation. Similar to the existing HCCH conventions, the interpretation of the Judgment Convention will most likely be left to the national courts of the contracting states. This stands in stark contrast to the CJEU’s leading interpretational role within the EU PIL framework.

However, the Lugano II Convention is no perfect substitute for the Brussels I (Recast) Regulation. As an example, the convention does not address the issue of ‘torpedoes’, which consist of commencing proceedings in a court other than that appointed in a choice of court agreement with the aim of stalling proceedings. A second example concerns the requirement of exequatur in order to obtain enforcement of a judgement under the Lugano II Convention, which is abolished by Brussels I (Recast). It is worth noting that the convention embodies the same mechanism concerning its interpretation as the Denmark Agreement. Pursuant to Article 1(1) of the Second Protocol to the Convention, the courts of the contracting states have to take ‘due account’ of the CJEU’s case law which, as indicated above, might not suit the UK.

Others, including the General Council of the Bar, have pointed out that the UK can unilaterally copy the Rome I and Rome II Regulations after Brexit. The UK government has indeed expressed its intention to ‘incorporate into domestic law the Rome I and II instruments’, which is now confirmed in the current draft Withdrawal Bill. The bill explicitly contains the possibility for UK courts to have regard to the CJEU’s case law after Brexit. If the UK copies the Rome Regulations into national law, it would make sense to take the possibility to align the interpretation of national law with the CJEU’s interpretation of the regulations after Brexit.

The general consensus is that some form of post-Brexit civil judicial cooperation would be beneficial for both the EU and the UK. While the Brexit negotiations have not yet resulted in concrete agreements on future cooperation, the legal community seems to prefer an agreement inspired by the 2005 Denmark Agreement. Whatever the future cooperation looks like, a hot topic will without any doubt be the role of the CJEU’s case law in UK courts after Brexit.

Although agreement on these issues is likely, the EU27 are also clearly preparing for post-Brexit regulatory competition in the field of international dispute resolution. Several Member States – including Belgium, France, Germany and the Netherlands – have already announced the establishment of courts which will hear commercial proceedings in English. The possibility of a more cumbersome regime of enforcement for UK judgements in the EU is an opportunity to attract international litigants, since EU Member State court judgements will continue to benefit from the abolition of exequatur by the Brussels I (Recast) Regulation.

In any event, the Brexit deal should clearly set out a transitional regime on the applicability of EU PIL (including the Brussels I (Recast), Rome I and Rome II Regulations). Legal uncertainty in this respect is bound to lead to unnecessary litigation in the courts of the UK and remaining EU Member States. In this respect, it is reassuring that the negotiation proposals from both the European Commission and the UK government are largely aligned on transitional arrangements in this field.