The costs and challenges associated with EU-Russia relations at present demonstrate that the EU needs a functioning working relationship with Russia, writes Francesco Saverio Montesano. He argues that the Eurasian Economic Union, launched earlier this year, provides a venue for pragmatic engagement with Russia on targeted areas of cooperation. 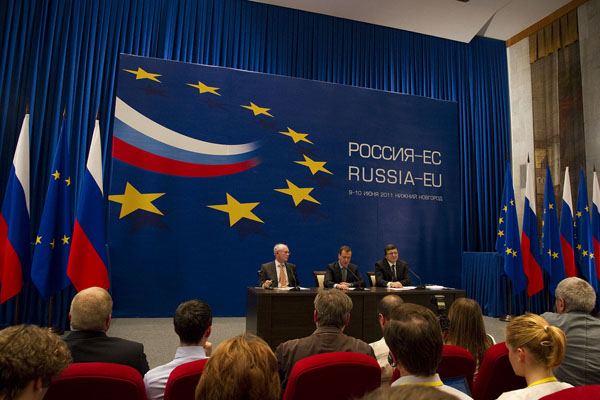 In his speech in Passau on 8 October 2015, and more explicitly in his letter to Russian President Vladimir Putin on 19 November, European Commission President Jean-Claude Juncker advocated closer dialogue between the EU and the recently established Eurasian Economic Union (EEU) as a way to foster pragmatic re-engagement between Brussels and Moscow.

Juncker’s view bears remarkable similarity to what we have termed in a recent Clingendael report as ‘tentative compatibility’, based on delinking technical (strictly sectorial and ‘project-based’) cooperation from the overarching sanctions-prone bilateral relations paradigm.

Since the outset of the Ukraine crisis, relations between the EU and Russia have been following a steep downhill path. In response to Moscow’s annexation of Crimea and subsequent ill-concealed destabilisation of the Donbas region in Eastern Ukraine, the EU imposed its first economic sanctions in July 2014, and reinforced them two months later.

While undoubtedly causing significant damage to the already ailing Russian economy, these restrictions are also inevitably taking a toll on the economies of EU Member States. This, along with the political costs stemming from decreasing economic performance and the realities of such a strained relationship with a still very relevant player like Russia, calls for a reassessment of the overall EU medium-to-long-term strategy (or lack thereof) towards Russia.

The EEU, officially launched in January 2015, is by far the most ambitious among the several regional integration projects (active or abandoned) in the post-Soviet space. In addition to Russia, it now includes four other members (Armenia, Belarus, Kazakhstan and Kyrgyzstan) and features – at least on paper – sophisticated (if very vertical) institutional and decision-making structures.

However, while it was Kazakhstan’s President Nursultan Nazarbayev who first came up with the concept of Eurasian integration, the EEU itself is a Moscow-driven entity. The Kremlin sees the EEU as an eminently geopolitical tool, reflecting its desire to regain what it sees as its rightful sphere of influence within a multipolar (as opposed to a multilateral) global system.

The EU and Eurasia

Against the backdrop of these geopolitical developments, how has the EU been positioning itself in a region of rising geo-economic and geopolitical importance, particularly in light of the considerable resources being invested by Russia in what we could refer to as a ‘Eurasian pivot’?

Central Asia, a foreign policy ‘enigma’ for the EU until well into the 1990s, has gradually moved up Brussels’ agenda due to rising resource-related and – especially post-9/11 – security interests and concerns. Despite some undeniable progress in terms of strategic policy thinking on the part of the EU, which has led to the publication of two (2007 and 2015) Central Asian strategy documents, there are still significant shortcomings with regard to the EU’s strategic understanding of the Eurasian region. Such gaps hamper the EU’s overall actorness, as well as both EU and Member State interests.

First, the strategies of 2007 and 2015 both largely ignore regional initiatives like the Shanghai Cooperation Organisation (SCO) and – relevantly – the EEU. Second, there is still generally very strong resistance in Europe against engaging with what is (rightly) seen as a brainchild of the Kremlin, due to the extremely high degree of politicisation shrouding any dealing with Russia in the current circumstances.

Third, a ‘Eurasian void’ is also evident when looking at the strategic efforts made by the EU towards third countries. Even within the highly advanced and multifaceted strategic partnership with China, none of the eight documents signed at past EU-China summits pay explicit attention to the role of the Eurasian region.

Speaking of China, Europe’s stiffly politicised approach could benefit a great deal from drawing lessons from Beijing’s own Eurasian policies. China has been able to tap into the region’s geo-economic potential by taking a pragmatic strategic approach based on targeted (ie project-based) bilateral deepening of ties with virtually all Central Asian countries.

This, coupled with the (at least allegedly) geopolitics-free overarching New Silk Road initiative, has allowed Beijing to maximise its economic gains and to further its image as a responsible, ‘win-win’-seeking emerging great power, while avoiding interfering in Moscow’s spheres of influence logic.

As Juncker said, a ‘practical relationship’ with Russia might not be ‘sexy’, but it is arguably the only viable way to break a dangerous stalemate that threatens to undermine the very voice of Europe (both the EU and its Member States) within the crucial Central Asian chessboard.

Far from being a ‘non-factor’, the EEU should instead be viewed as the potential springboard for future EU-Russia relations. Indeed, while (or precisely because) the geopolitical hunger of the Kremlin is likely to prevent the EEU from developing into anything even remotely approximating the degree of international/supranational integration within the EU, the latter should nevertheless strive for pragmatic engagement with it.

Acting along the lines of tentative compatibility, the EU could foster the establishment of a platform for dialogue with Moscow via the EEU, delinking some of the more technical aspects (eg in trade relations) from the strained political conundrum caused in large part by the Ukraine crisis.

Francesco Saverio Montesano is Research Project Assistant at the Netherlands Institute of International Relations ‘Clingendael’ in The Hague. He focuses on foreign policy analysis of European and East Asian issues. He holds an MSc in Global Politics from the London School of Economics and Political Science.