Following a panel discussion on the UK’s EU membership, Tobias Lock presents an overview of the panellists’ contributions on the impact of the renegotiation and referendum on Scotland, Wales and Northern Ireland. He writes that each of these parts of the UK is engaged in its own debate on the future of EU membership, based on its own politics which have developed under devolution. 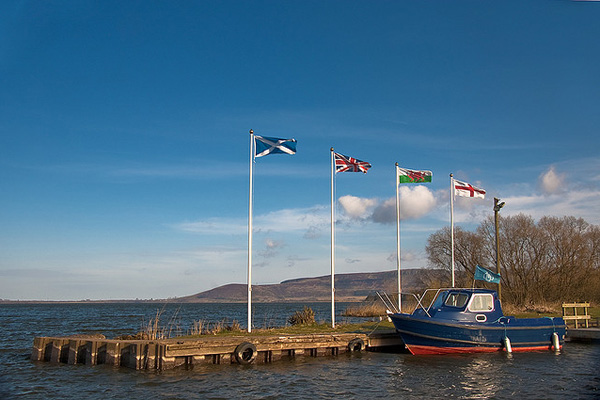 The Edinburgh Europa Institute recently held a panel discussion which brought to the fore the different legal and political implications that the UK’s EU renegotiation, referendum, and possible exit might have for Scotland, Wales and Northern Ireland.

The contributions from the panellists, each focusing on a different nation, demonstrated that the general political debate around Brexit is likely to be supplemented by separate debates in the devolved contexts. These debates raise important political and constitutional questions which have the potential to challenge the continued existence of the Union.

It is not yet clear whether the specific issues raised in the discussion will feature prominently in the UK-wide debate. In any case, it seems certain that they will take on salience regionally. It remains to be seen whether this differentiation will result in diverging outcomes in the four parts of the UK at the referendum. In light of the different interests at stake, it is at least a possibility.

Presenting a Welsh perspective, Jo Hunt pointed out that, despite Wales being a net beneficiary of EU membership because of the EU funding it receives, a recent opinion poll suggested only a narrow lead for the remain side – 42 per cent remain; 38 per cent leave; 21 per cent undecided. The Welsh establishment, spearheaded by First Minister Carwyn Jones, considers EU membership in the best interest of Wales. A similar observation can be made for Scotland, whose First Minister Nicola Sturgeon is equally supportive of EU membership.

By contrast, the referendum discussion does not seem to have taken off in Northern Ireland. Lee McGowan pointed out that the EU is not really an issue in Northern Irish politics and that the power-sharing executive has not shown much interest in the debate. This might seem odd to some, given that Northern Ireland would arguably be the main part of the UK most affected by a withdrawal from the EU. After all, only Northern Ireland shares a land border with another EU Member State (the Republic of Ireland).

Moreover, with currently no border controls, this border is hardly visible. All that might change if the UK left the EU. Given the strong cross-border trade and significant cross-border movement of workers, service providers and recipients, EU membership should arguably be a much more prominent topic in Northern Ireland – not least because an open and barely visible border is an important part of the peace process. The importance of the EU referendum is probably more strongly felt south of the border, and these concerns are apparent in the Oireachtas’s report on the UK’s relationship with the EU.

Lee McGowan noted that most ‘UK-wide’ opinion polls do not include voters in Northern Ireland because sample sizes are too small. This means that there is not much evidence of the Northern Irish mood towards a possible Brexit. One recent Northern Irish poll conducted in the summer, however, suggested that 58 per cent of people would vote to remain. This would arguably make Northern Ireland the most pro-EU part of the UK.

It has been mooted, not least by the Scottish First Minister, that if the UK overall voted to leave the EU but Scotland voted to remain, this could give rise to another independence referendum. In parallel to Scotland, a potential UK-wide ‘leave’ vote and a Northern Irish ‘remain’ vote might also have its own consequences. Lee McGowan suggested that such a scenario might lead to a border poll – a referendum on whether Northern Ireland should unite with the Republic of Ireland, and consequently leave the UK.

Apart from these political implications of an EU referendum, the discussion also highlighted some of the intricate legal issues that it may raise. Cormac Mac Amhlaigh explained the possible role that the Sewel Convention might play. According to this convention, which is codified in a Memorandum of Understanding between the UK government and the devolved governments, the UK Parliament does ‘not normally legislate with regard to devolved matters except with the agreement of the devolved legislature’ (achieved via a Legislative Consent Motion).

As developed in more detail in an article for European Futures, Cormac Mac Amhlaigh argued that the necessary changes to the Scotland Act 1998 following a vote to leave the EU would trigger the convention. He also suggested that the even EU referendum bill itself, which is currently making its way through the UK Parliament, may require a Legislative Consent Motion from the Scottish Parliament.

Jo Hunt also brought attention to the lack of clarity surrounding any repatriation of powers – after a successful renegotiation or withdrawal from the EU – under the devolution settlement. Where powers are returned, it has not been set out whether UK authorities or devolved authorities would then exercise them.

An example of this kind of situation would be in employment law, including the regulation of working time. In Wales, employment is not a conferred power, but agriculture is conferred. In a UK Supreme Court case concerning agricultural wages, the Court held that Wales could set such wage levels under its devolved powers over agriculture. In this light, difficult questions concerning the devolution settlement may be triggered by the repatriation of powers from the EU.

The discussion, only summarised here, revealed the fascinating facets of the Brexit debate in Scotland, Wales and Northern Ireland. It is certain that, as the UK-wide debate intensifies, the arguments within the nations of the UK will also become more pronounced. These arguments may well result in varying outcomes at the EU referendum in the different parts of the UK.

This article reflects the author’s understanding of the issues and arguments raised in the panel discussion, and the author accepts full responsibility for any misrepresentations or inaccuracies.