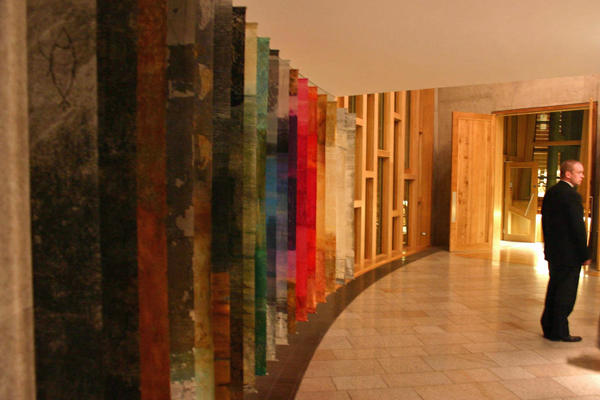 Social media is used by campaign groups to get their message across in elections and referendums. The study below (Bond et al 2012), taking 61 million social media users in the 2010 US Congressional election, shows how Facebook posts ‘directly influence political self-expression’.

A 61-Million-Person Experiment in Social Influence and Political Mobilisation

Human behaviour is thought to spread through face-to-face social networks, but it is difficult to identify social influence effects in observational studies, and it is unknown whether online social networks operate in the same way. Here we report results from a randomised controlled trial of political mobilisation messages delivered to 61 million Facebook users during the 2010 US Congressional election.

Twitter in particular has been described as a tool that campaigners and politicians can use to shape the media and public perception (Conway et al 2015). Forums such as Twitter allow voters to participate in debate, discuss issues, challenge ideas and exchange information. In short, they enable the public to become more engaged in the process.

The Rise of Twitter in the Political Campaign: Searching for Intermedia Agenda-Setting Effects in the Presidential Primary

Several studies on the Scottish independence referendum, including one published in the Guardian, used Twitter to analyse the level of discussion on different topics associated with the referendum. The studies were able to evaluate the issues that were important to Twitter users and how campaign groups interacted with those topics. This particular study noted that the campaigns were out of touch with the breath of discussion taking place online.

Scottish Independence: Which Issues Have Led the Twitter Debate in 2014?

A study by researchers at the University of Glasgow has analysed Tweets that use the #indyref hashtag. Over time, the currency emerges as the most mentioned topic of discussion but oil, the EU and taxation have also been frequent matters of debate. Topical events and policy announcements drive discussion at specific moments, leading to large spikes.

We must remember that social media activity only represents the discussion taking place there. This can lead to a biased sample of opinion (Quinlan et al 2015). Great care must be taken not to extrapolate findings from social media directly to society at large.

Online Discussion and the 2014 Scottish Independence Referendum: Flaming Keyboards or Forums for Deliberation?

Referendums often fail to live up to a deliberative standard, with many characterised by low levels of knowledge, disinterest and misinformation, negativity and a focus on extraneous issues to which voters are voting. Social media offers new avenues for referendums to incorporate a greater deliberative dimension.

In a previous Storify, we looked at the hashtags from the Leave and Remain campaigns for the EU referendum. This time, we look at a more extensive analysis of the Tweets from the official Twitter accounts of the campaigns @StrongerIn, @LeaveEUOfficial and @vote_leave. This is intended to be an initial exploration and comparison between the accounts.

In the graph below detailing the total number of Tweets, we can see a large difference in the numbers sent by each group. Both Leave groups out-tweet the @StrongerIn campaign. @StrongerIn started tweeting on 18 September 2015 and has 6073 followers and 112 Tweets. @LeaveEUOfficial started on 11 July 2015 has 31600 followers and 990 Tweets. @vote_leave started on 8 October 2015 and has 7402 followers and 629 Tweets. These figures include their retweets of others but not retweets of them.

We can see that @LeaveEUOfficial is the most established account. It has tweeted the most and has the most followers. The activity from this account is consistent, with usually between 8-20 Tweets per day. Occasionally it will tweet more – for example 38 Tweets on 18 November 2015.

The campaigns will presumably aim to reach as many people as possible through social media. This means getting people to read their Tweets. Tweets can be found on newsfeeds, by following an account or another account which retweets that one, or by searching with keywords or hashtags. Twitter is more effective with more followers and more retweets. We can see above that @LeaveEUOfficial has many more followers than the other accounts, so has a larger reach. With this information in mind, we can look at the approaches and strategies taken by the three accounts.

When the groups tweet, they take different approaches to how they structure their content and what they include in their messages. Tweets tend to get retweeted if they have images, are more discoverable (through searching), contain hashtags (#s) or are targeted at certain individuals (generally with the hope of retweets) by using mentions (@s).

@StrongerIn tends to use more mentions and images per tweet than the other accounts. This may increase the success of its Tweets and make up for, to some extent, the lack of followers. As discussed previously, @StrongerIn has fewer hashtags than the other accounts. It is possible that its later start date and lower volume of Tweets may account for its smaller number of followers.

We can look at the types of users the campaigns try to reach by analysing whom they mention in their Tweets. The graphs below give the most frequent 10 (or less if not available) accounts mentioned.

The @StrongerIn campaign often mentions members of its own organisation or supporters such as Will Straw, Lucy Thomas, Karren Brady and Patrick McFadden MP – who are presumably more likely to retweet. It also mentions Megan Dunn, the President of the National Union of Students – possibly an attempt to reach the youth vote. It also speaks to @vote_leave through mentions of Dominic Cummings (@odysseanproject) and @vote_leave itself. This could be an attempt to reach Leave supporters and to challenge their views.

Mentions of other Twitter users by @StrongerIn #EUref #UKandEU pic.twitter.com/I0PRkHLdks

@LeaveEUOfficial reaches out to mainstream media, mentioning news outlets such as the Daily Telegraph, Daily Express, Guardian and New Statesman. Their Twitter accounts have many followers, so a retweet from them would have a large reach. It also mentions @TheKnow_EU, an old @LeaveEUOfficial, presumably to ensure that followers switch over. It mentions supporters such as Andy Wigmore, Robert Kimbell (@RedHotSquirrel) and Nigel Farage, in a manner similar to @StrongerIn.

@vote_leave reaches speaks to the @StrongerIn campaign through mentions of Lucy Thomas, @StrongerIn itself and @euromove, an advocacy organisation. It demonstrates a focus on business by mentioning the CBI, BNE and Roland Rudd. It also mentions politicians like David Cameron and George Osborne. This could be a strategy to influence those politicians directly or to reach their followers.

We can also look at the topics discussed in their Tweets using hashtags. These hashtags provide a level of context about their position in the discussion in a small number of characters. @LeaveEUOfficial uses hashtags such as #euref, #eu and #uk to frame the debate and to establish what they are talking about. It deploys #leaveEU, #theknow and #Brexit to establish its pro-Leave direction. Interestingly, it also includes #justsaying and #justsayin with a high frequency. Urban Dictionary defines this phrase as:

@vote_leave uses #voteleave, #Brexit and #eu as above. It also takes up #EUCO (for the European Council) in the same way. It makes use of #cbi2015 (the CBI’s own hashtag) and #dodgyCBI to interact with and criticise the CBI. This demonstrates again their focus on business. It develops specific hashtags to point at a certain issues, for example #theinvisibleman to criticise David Cameron’s appearances at European summits. It often includes the catchphrase ‘wrongthenwrongnow’ as a hashtag.

@StrongerIn does not use many hashtags. As before, it invokes #eu, #EUref for positioning in the debate. It also added #modi and #modiintheuk to highlight the Indian Prime Minister’s support for the UK remaining in the EU.

As not all groups use hashtags to the same degree, we also analyse the Tweets’ text. The word clouds from the accounts show the frequency of hashtags, individual words and two-word terms. Common words, such as ‘the’ and ‘and’ have been taken out.

Since @LeaveEUOfficial uses many hashtags in its tweets, its hashtag cloud is similar to both the word and two-word term frequency clouds. The @StrongerIn clouds indicate a focus on the economy and the benefits provided by the EU (‘EU provides’).

The @vote_leave word and two-word clouds again strongly reflect the hashtag cloud. The two-word cloud shows how the campaign discussed and criticised the Britain Stronger in Europe (BSE, StrongerIn) launch. It did not take up hashtags to provide context for this debate – perhaps due to a lack of hashtag used by others to refer to the launch. The main phrases from its two-word cloud urge voters to take control, with ‘voteleave takecontrol’ and ‘takecontrol eu’.

This initial study shows that the three groups use Twitter in different ways. Currently, @LeaveEUOfficial has a wider reach, with more followers, retweets and favourites. It mentions traditional media to extend its reach. @StrongerIn tweets consistently but at a lower rate, and it attempts to increase its reach by using images. Both @StrongerIn and @vote_leave challenge each other and each other’s supporters directly. @vote_leave tweets in a clustered manner and react quickly to current events. We will continue to study these approaches as the campaigns develop to see if these strategies change as the referendum draws nearer.

The Neuropolitics Research Lab produces transdisciplinary research, utilising developments in the cognitive neurosciences, to shed new light on political attitudes, identities and decision-behaviours. Our aim is to test the utility of methods more typically associated with neuroscience, informatics and cognitive psychology to help us understand more about political attitudes and behaviours.