The UK government’s proposed derogation from the European Convention on Human Rights is based on inconsistent reasoning and would mark a departure from the justifications usually offered, writes Dimitrios Kagiaros. He argues that, rather than insulate UK soldiers from court challenges, the derogation could in fact weaken their human rights protections, and that it could signal yet another confrontation between the UK and the Strasbourg court. 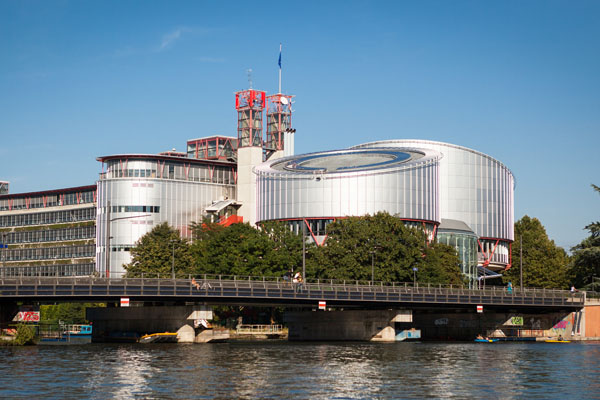 Coming on the heels of the very damning report of the Chilcot inquiry on the war in Iraq, the UK government recently announced that it will operate under ‘a presumption to derogate from the European Convention on Human Rights (ECHR) in future conflicts’. This announcement follows a series of recent derogation notifications submitted to the Secretary General of the Council of Europe from Ukraine, France and Turkey, each arguing that a derogation from the Convention was necessary due to a state of emergency.

Focusing on a potential UK derogation, this piece argues that, if such a notification to derogate materialises, there is a risk that it will open up a new chapter in the longstanding tension between the ECHR and the UK. This is due to the fact that there is a fair possibility that the reasons provided by the government to justify taking such action may not convince domestic or Strasbourg judges.

Furthermore, even if such a derogation order is upheld by the courts, it is questionable whether it would achieve the policy objectives the government has put forward. Therefore, the announcement to derogate has all the makings of becoming a further area of direct conflict between the UK and the Convention.

Derogations under the ECHR

Article 15 ECHR permits a derogation from the Convention in times ‘of war or other public emergency threatening the life of the nation’.  A derogation order, however, does not give a contracting party unlimited power to suspend its obligations under the Convention. Derogations are permissible only ‘to the extent strictly required by the exigencies of the situation’, and they do not apply to all Convention articles.

Among others, Article 15 ECHR explicitly excludes the possibility to derogate from obligations under Article 3 ECHR, which prohibits torture and inhuman or degrading treatment, and unlawful killings under Article 2 ECHR. Derogation orders themselves, and the measures and actions taken under them, are amenable to judicial review at the domestic level and are subject to challenge before the Strasbourg Court.

The stated intention of the UK government is to employ Article 15 ECHR in order to curb ‘vexatious’ human rights claims brought against British troops participating in military operations. According to Defence Secretary Sir Michael Fallon, ‘our legal system has been abused to level false charges against our troops on an industrial scale’ and this has ‘caused significant distress to people who risked their lives to protect us’.

Experts were quick to point out the blatant inadequacy of the proposed derogation to fulfil this stated aim. First, not all conflicts would justify invoking Article 15 ECHR. As Joshua Rozenberg suggests, ‘it’s hard to see how a derogation could be effective if British troops are deployed on future peacekeeping operations abroad and the warring factions do not threaten the life of the United Kingdom’.

Furthermore, if the sole justification behind the derogation is to evade legal accountability for unlawful action, then Article 18 ECHR, which forbids limitations on rights for reasons other than ones prescribed in the Convention, would be a further hurdle for the UK to overcome, for the derogation to be lawful.

Second, the government’s statement suggests that human rights claims have directly been brought against troops. This is not the case. It is the Ministry of Defence and, by extension, the UK government, that is responsible under human rights law for any unlawful interference with Convention rights. A derogation under the circumstances envisaged is more likely intended to shield the government from human rights challenges than to protect individual soldiers.

Third, as Marko Milanovic explains in his analysis, the derogation would have limited impact, as the majority of challenges brought against the UK relate to mistreatment contrary to Article 3 ECHR. Finally, a particularly egregious side effect of the government’s proposal is the possibility that rights protected under the Convention would not apply to British troops themselves.

A great number of cases have been brought against the UK government for the treatment of its own troops engaged in conflict. It seems that, in the process of ‘protecting’ troops from human rights claims, a derogation in these circumstances would potentially strip them of their own Convention rights.

The lack of any convincing link between the purported ends (protecting British troops involved in conflicts abroad from vexatious legal challenges) and means (derogating from the ECHR to do so) is quite striking. The government’s proposal to derogate could perhaps be better understood in the context of the longstanding ‘tension’ between the Conservative(-led) UK government and the Convention.

The government has been a vocal critic of both the European Court of Human Rights and the domestic application of the Convention under the Human Rights Act 1998. This tension culminated in the government’s refusal to implement the Strasbourg Court’s Hirst (No 2) judgement on prisoner voting rights and was also a prominent feature of the controversy surrounding the extradition of Abu Qatada at the time the current Prime Minister was serving as Home Secretary. This announcement seems to be setting the stage for a new standoff between the government and the Convention.

What is the Government Seeking to Achieve?

Justifying a derogation from the ECHR on the need to ‘protect our troops’ is a departure from the usual justifications employed to submit a derogation notification. Normally, such measures are taken to provide the state with greater latitude to achieve security-related objectives in times of crisis.

Here, the purported aim is to ‘protect’ UK troops from European human rights law. The announcement therefore contributes to the narrative of the ‘overreach’ of Convention rights. From a political standpoint, the government’s announcement serves its political agenda. It manages to paint a picture that Convention rights are generally used to ‘persecute’ a group that elicits sympathy (indeed, ‘the best armed forces in the world’, as the government’s announcement contends). This approach, combined with the expected media spin, can only serve to exacerbate public confusion as to the role of Convention rights in the UK.

From a legal standpoint, the largely unconvincing legal basis provided for the derogation leaves the potential derogation order vulnerable to judicial challenge. If it is struck down, or if its application is circumscribed by domestic courts or the Strasbourg Court, then the government will have a further pretext to argue against activist ‘unelected judges’ at Strasbourg, or against the domestic judiciary, whose scope of intervention into the matters of government has significantly expanded since the Human Rights Act came into force.

Altogether, the effect of such a derogation would be to create an additional area of conflict between the UK and Europe. In a post-Brexit environment where the UK is in the process of redefining its role in and its relationship with the European legal order, it seems that further gridlock, this time with the Council of Europe, may be in sight.

Dr Dimitrios Kagiaros is Teaching Fellow in Public Law and Human Rights Law at the University of Edinburgh. His research interests include sources of law, the ECHR, state responsibility and theories of international law.