Over the years, Denmark has shared a scepticism for European integration alongside the UK, writes Ben Rosamond. He argues that the UK’s exit will see Denmark lose a key ally within the EU, and Danish politics and business will be following closely how the UK’s new relationship with the EU develops. 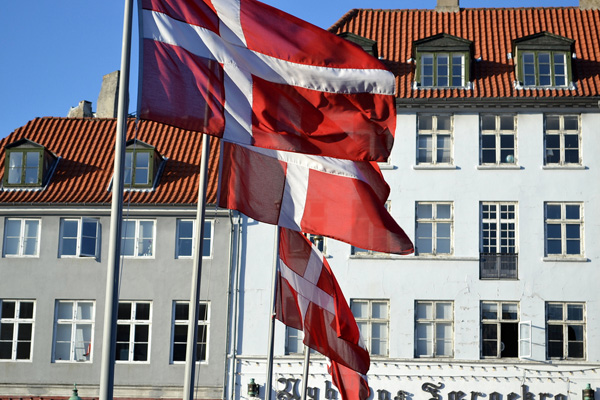 Denmark is no stranger to surprise referendum results that send shockwaves throughout Europe. In fact, Denmark invented the genre back in June 1992 when a national plebiscite refused the ratification of the Treaty on European Union (the Maastricht Treaty) by the thinnest of margins (50.7 per cent to 49.3 per cent).

The result was overturned by a second referendum in the following year, once Denmark (via the Edinburgh Agreement) secured a series of ‘opt-outs’ from the treaties. The practical upshot of these new derogations was to keep Denmark out of the single currency and to excuse it from various aspects of judicial and defence and security cooperation.

While the opt-outs have been much debated over the years, as recently as December 2015, the Danish people reaffirmed, via a referendum, their desire to keep the full opt-out in justice and home affairs, rather than moving to a case-by-case opt-in model (similar to that of the UK and Ireland).

Aside from signalling the end of the so-called ‘permissive consensus’ where European integration had been allowed to proceed as a largely elite-driven project with the tacit consent of national publics, the Danish ratification crisis established Denmark as part of the EU’s ‘awkward squad’.

This could be taken as a sign that Denmark has voluntarily stepped back from having a full influence over key EU policy developments over the years. It is true to say that successive Danish governments have tended to regard the UK as a close and powerful ally within the EU.

Also, Danish governments, whether led from the centre-left or the centre-right, have been engaged in a classic two-level game, navigating between the imperatives of EU level statecraft on the one hand and a domestic politics of support where Eurosceptic forces are prominent on both the left and right of the political spectrum.

Back in February, I argued that the current Danish minority government led by Lars Løkke Rasmussen had strong reasons to support David Cameron’s position in the latter’s attempt to forge a new deal with the EU. In part, this reflected a convergence of preferences on issues such as brakes on the payment of child benefits to intra-EU migrants.

But it also illustrates a Danish concern to keep the UK within the EU as a key ally, which also serves as a way of placating domestic pressures for Denmark to disengage from the EU itself, not least from the right-wing populist Danish People’s Party (DF).

On the day of the UK referendum (23 June), Rasmussen tweeted ‘Fingers Crossed #StrongerIn #EUref’. He was supported by a number of leading national newspapers in the country, including the conservative Berlingske, whose front page on referendum day appealed to the UK to ‘please stay’.

The aftermath of the referendum has seen the Danish People’s Party, which continues to poll close to 20 per cent support among the electorate and which effectively holds the balance of power in the Folketing, pushing Rasmussen to either seek a special UK-style deal for Denmark within the EU or consider calling a Danish referendum on EU membership.

While DF’s leadership would obviously prefer to take Denmark out of the EU, it is unlikely to push too hard for the referendum option just now. As the party leader Kristian Thulesen Dahl argued in a radio interview in the aftermath of the Brexit referendum: ‘This will probably take a few years, and I believe that Denmark should see to it that Britain gets the best possible deal. After that, it will be quite natural to ask the Danes whether they want to follow the way of the British.’ The left-wing Red-Green Alliance (Enhedslisten) has also called for a referendum on EU membership.

In the immediate aftermath of the Brexit result, the Danish Central Bank was forced to intervene to protect the de facto peg of the krone to the euro, while key sections of the finance industry in Denmark have started lobbying for facilitating legislation to render the country an attractive location for investment banking institutions that might be persuaded to leave the UK following the referendum.

At the same time, some business and agriculture lobby groups have expressed concerns that the falling value of sterling will have an adverse impact on Danish exports to the UK. The UK is the fourth largest export market for Denmark (after Germany, Sweden and Norway), so these concerns are not insignificant.

Like most in the UK and the rest of the EU, a sense of uncertainty hangs over Danish politics and society in the wake of the UK’s referendum result. The government risks losing a key ally within the EU, while the domestic Eurosceptic forces are shaping to take advantage of Brexit (whatever that might mean).

Prof Ben Rosamond is Professor of Political Science at the University of Copenhagen. He is principal investigator of the interdisciplinary EuroChallenge research programme. His research interests include European political economy, political-economic space, governance and legitimacy.