The upcoming election in Catalonia is being framed by some parties as a referendum on independence from Spain, writes Daniel Cetrà. Setting out some of the possible outcomes of this election and the Spanish general election to follow, he underlines the complex party politics involved and their centrality to the independence debate. 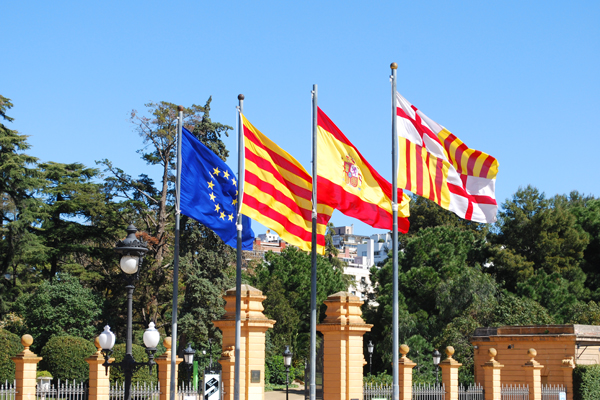 Catalan President Artur Mas has called for an early election on 27 September, with the aim of turning it into a de facto plebiscite on independence. The two main secessionist parties, CDC and ERC, will run together on the pro-independence list Together for Yes, and if they win their plans include declaring independence in less than 18 months.

This is a new episode in the search for ways to have a vote on independence, after last November’s symbolic and non-binding referendum.

Together for Yes will also feature pro-independence figures from civil society. Former Green MEP Raül Romeva will head the election list instead of Mas, with the aim of making the list transversal – cutting across tradition party lines and interest groups – and catching as many secessionist votes as possible. However, in the event of electoral victory, Mas would become the President. Other civil society figures involved include the former presidents of civil society groups Òmnium Cultural and ANC, songwriter Lluís Llach and football coach Pep Guardiola, who will not enter parliament.

The aim of creating a transversal list is also fuelled by the dynamics of party competition, including the rise of Podemos and the formation of the leftist coalition Catalonia Yes We Can. The pro-independence camp has been forced to underline social issues.

Four Steps in the Roadmap to Independence of Together for Yes

The roadmap to independence designed by Together for Yes is the following. With a majority of pro-independence seats, the new Catalan Parliament would pass a ‘solemn declaration’ declaring that, in light of the mandate given at the election, the process towards independence will begin.

Second, a new Catalan constitution would be drafted with citizen participation and the Catalan Government would set-up state structures (such as Catalonia’s own tax administration and social security system). Third, there would be a formal declaration of independence which would result in the ‘disconnection’ with the Spanish legal system and the approval of a transitory law. Finally, the new constitution would be put to a vote and new elections would be held within 18 months.

The Spanish Government maintains its hard-line stance on the issue, but Together for Yes is eager to show its determination. Its manifesto says that ‘should the Spanish state, through political and/or judicial decisions, decide to block Catalonia’s self-government, the (Catalan) Government and Parliament will proceed with the proclamation of independence’.

The Election: The Potential Key Role of CUP and the Struggle to Set the Political Agenda

Together for Yes will most likely win the election, but it is not clear whether they will gain a majority. They might need the support of CUP, a far-left pro-independence party that is running separately in the election. Supporters of independence could win a majority of seats but not of votes due to the electoral system, which would result in a contested mandate for secession.

So there will be a struggle to set the political agenda over the coming weeks. Paradoxically, Spanish nationalist parties like Ciutadans (Ciudadanos) and PPC, with their emphasis on the unity of Spain and the unconstitutionality of the Catalan process, might contribute to making the election exactly the plebiscite on independence that both Together for Yes and CUP desire.

The Response from the Centre and the Next Spanish General Election

Spanish Prime Minister Mariano Rajoy, of the Spanish Popular Party, said last week that ‘there will be no Catalan independence’, but the debate about the Spanish state model will be on the agenda before and after the (November or December) Spanish general election, as the Spanish Socialist Party (PSOE), Podemos, and Ciudadanos all support constitutional reform.

It remains to be seen whether the outcome of the general election will have a substantial impact on the Catalan issue. Only Podemos seems to supports constitutional reform recognising Catalonia’s right to self-determination, although they are sometimes ambiguous on the details. While Mariano Rajoy could lose his majority, the rise of Ciudadanos could help him stay in power.

Together for Yes has set out a roadmap to independence, but that does not mean that they rule out negotiating with Madrid. Achieving unilateral independence is extremely complex, and they would probably use an electoral victory in September to try to negotiate one last time with the (new) Spanish Government from a position of strength. The outcome of both elections and the respective political strategies will determine whether this is possible.

The constitutional future of Catalonia is uncertain. Catalan nationalism continues to look for ways to have a vote on independence and the next attempt will be the 27 September election, which many hope to turn into a plebiscite. This is not without problems, but it is also the result of the Spanish Government’s persistent refusal to engage with the Catalan demand for sovereignty. The contrast with the Scottish referendum process is clearer than ever.

This article was originally published on the Centre on Constitutional Change Blog.

Shortlink for this article: edin.ac/1MymIIo

(@DaniCetra)
The University of Edinburgh

Daniel Cetrà is PhD Candidate in Sociology at the University of Edinburgh. His research interests focus on nationalism and national identity. He is also Research Fellow at the Centre on Constitutional Change and Assistant Editor of the journal Regional & Federal Studies.
.