Since the advent of Europe’s debt crises, European leaders have sought to reassure the markets by demonstrating that integration is continuing ahead, writes Charlotte Rommerskirchen. She argues that Greece’s exit from the Eurozone or Britain’s exit from the EU would challenge this stability and have negative consequences for the remaining members. 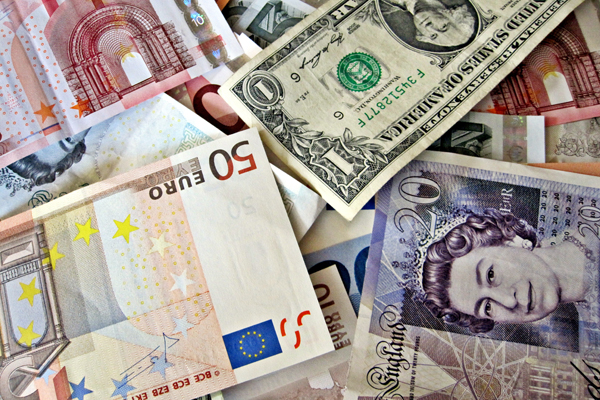 Money from around the world, Images Money, CC-BY-2.0

Most recently, the European Sovereign Debt Crisis, erupting in 2009, has sparked a series of ad hoc measures aimed at mitigating the fallout from soaring sovereign bond yields for peripheral Eurozone Member States and the risks of contagion across the currency bloc. To appease startled bond markets, EU policymakers have sought to convince financial market participants that Europe is still pedalling forward – that means deeper and wider integration in the realms of economic union, fiscal union, financial union and a commensurate political union as laid out in the Four Presidents’ Report in December 2012.

Yet beyond these reform efforts, a new and unprecedented development risks puncturing the tyres of European integration: two of its members are threatening to get off the bicycle altogether. Since 2010, the spectre of Greece leaving the Eurozone (and possibly the EU as a result) has preoccupied debates on Economic and Monetary Union. At the time of writing, new contingency plans for a possible Grexit were being drawn up as Athens and its lenders remain at loggerheads over the size and content of fiscal consolidation and structural reforms.

In the United Kingdom, a referendum to be held by 2017 will put the issue of its EU membership on the table. Both developments challenge the notion that EU membership is irrevocable – a perception that was encouraged by the absence of a legal mechanism for countries to leave the Eurozone.

Governments, in both the developed and developing worlds, can increase their credibility in the eyes of investors by becoming members of international organisations, which is manifested notably in improved country risk ratings. The EU is no exception to this phenomenon. Both EU and Eurozone membership are associated with lower borrowing costs. The underlying idea here is that membership confers a ‘seal of approval’ to participating countries, which increases investor confidence.

Brexit or Grexit would turn the EU ‘seal of approval’ into a temporary tattoo. In both cases, investors are likely to ask ‘who’s next’ to get off the bicycle? The risk for the Eurozone is that investors may come to think of it as ‘just another’ exchange rate mechanism rather than as a permanent currency union. This means that the likelihood of speculative attacks on perceived weaker members could increase, as markets put current ECB president Mario Draghi’s now famous statement that the ECB would do whatever it takes to save the single currency (and arguably its current membership) to the test.

Similarly, in the case of Britain leaving the Union, the EU as whole would start to look more fragile, since other countries might follow suit in asking their electorates how they feel about the course and speed of European integration. Euroscepticism, once thought of as confined to the British island mentality, has arrived in the heart of Europe. The publics of the four largest Eurozone countries have even lower levels of trust in the EU institutions than the British public, according to recent Eurobarometer data.

Investors’ confidence in the EU project, and the favourable treatment they give to EU members as a result, is likely to suffer if Britain were to leave the EU. The potential ramifications of investor behaviour suggest that both potential exits would impose costs not only for the countries leaving, but also for the rest of the membership bloc. It is therefore unsurprising that much effort has and will go into convincing both cyclists to stay on – even if this means chaining gear and pedalling harder.

Shortlink for this article: edin.ac/1L4Jacu

Dr Charlotte Rommerskirchen is Lecturer in International Political Economy at the University of Edinburgh. Her research interests include the European Union, financial markets and international and comparative political economy.
.