The Prime Minister’s letter laying out terms for renegotiation of the UK’s membership of the EU is more noteworthy for its arrival than its content, writes Anthony Salamone. He argues that, while the UK and its negotiating partners are likely to draw on past experience in finding a means of reaching a deal, the reality of one Member State proactively seeking a different relationship with the EU presents its challenges for all involved. 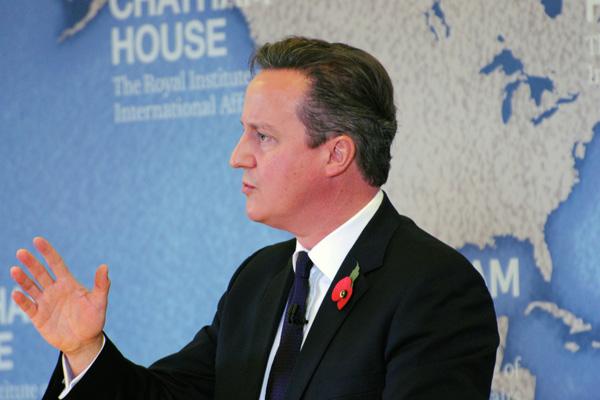 Prime Minister David Cameron’s long awaited letter setting out the terms for EU renegotiation has finally arrived. Accompanied by an explanatory speech, the letter outlines four areas for reform (economic governance, competitiveness, sovereignty and immigration). While these choices attract little surprise, it is a milestone nonetheless to have in writing the opening outlines of the UK government’s position on renegotiation.

In studying the letter, the first observation is, in the customary handwritten salutation, the prominence of the addressee. ‘Dear Donald’ has been featured throughout the UK media. It is unlikely that the President of the European Council has ever been mentioned in such a consistent, concentrated and high-profile manner in the British press since the role was created.

It is only natural that the Prime Minister should address his letter to President Tusk. As Cameron makes clear in the text, Tusk invited him to send it in the first place. Moreover, he seeks renegotiation with the political leaders of the Member States and their venue is the European Council. It is simply interesting to observe the growing notoriety of the EUCO President – without this implying a commensurate increase in power – several years on from its start.

Across the themes in the letter, the Prime Minister underscores his insistence on effecting change in the EU through measures which are legally binding. The most obvious way to achieve top-level legally binding agreement is through amending the EU treaties. However, the practicalities involved would make it near impossible to complete treaty change before the EU referendum. More to the point, some Member States, such as France, have no appetite for treaty reform at present.

The Prime Minister makes reference to Ireland and Denmark as cases where the EU has been able to accommodate the concerns of an individual Member State in the past. While true in general, the circumstances are quite different now. Both Denmark (with the Maastricht Treaty) and Ireland (with the Lisbon Treaty) found themselves in difficulty trying to ratify treaties. The measures agreed with the EU were specifically designed to address public concerns following the rejection of the respective treaties in referendums.

Nevertheless, the means of achieving Britain’s EU demands are likely to be similar – namely, a protocol. Following successful negotiations, the Member States would sign an agreement to provide for the terms reached. At this point, the agreement would not be binding in the sense that it would not (yet) be part of the EU treaties. In the future, with more time and presumably greater political flexibility, the contents of the agreement would be attached as a protocol to the treaties. This process would require ratification by all EU Member States.

In Ireland’s case, a deal was reached in 2009 and the Lisbon Treaty was ratified and it subsequently entered into force. The protocol officially attaching the agreement to the treaties was achieved in 2013. Although the wait was several years, the bargain was upheld. In practice, the political agreement was maintained from the start, long before it became primary EU law.

Could a similar approach work for Britain? In terms of headline political agreements, alternative options are limited. It fits with EU precedence (in part), so Member States might be predisposed. The approach would not result in immediate treaty change, national ratifications, referendums or involvement of the EU institutions (in particular the European Parliament) – all of which would also appeal.

Whether any of this deal-making would either be acceptable or convincing to the British public is another question. Judging from the letter, the reforms are likely to be modest and unimpressive to the average voter. More to the point, the debate on the UK’s EU membership will almost certainly revolve around big issues and salient matters of domestic politics – not, for instance, whether the House of Commons can invite other national parliamentary chambers to work together to block an EU legislative proposal.

Everything else aside, it is worth keeping in mind that this process is entirely driven by the UK. We are not in situation of an EU law were Britain objects or an EU treaty where Britain wants a special arrangement. This is Britain proactively, if not unilaterally, seeking to change how the EU works – for its own benefit, cloaked (faintly) in the general EU interest. Despite the pleasant tone of the letter, it seems somehow improbable that leaders in the rest of Europe will be convinced overnight of the UK government’s strong desire to work in the European interest.