Switzerland’s relationship with the European Union is one of the models mentioned as an alternative for the UK in the EU referendum debate, writes Adrian Favero. He argues that such a model may not be well suited to the UK, as Switzerland is largely integrated into the Single Market, including the free movement of people, without any say over the rules of the market – none of which would fulfil the vision of increased sovereignty for the UK. 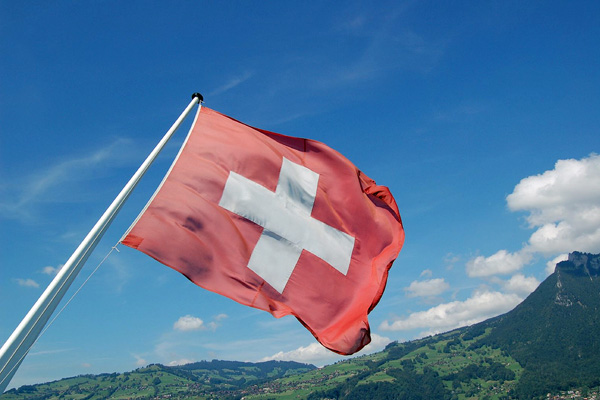 As a Swiss citizen, studying politics in the UK, I have often been asked: ‘What if Britain left the EU and adopted the Swiss model?’ The question seems legitimate. The Swiss economy has been ranked the most competitive in the world, with an unemployment rate that is low compared to other European countries.

Switzerland’s relations with the EU are governed by a complex structure of bilateral agreements and arrangements. Being outside the EU has allowed Switzerland to negotiate individual trade agreements. Therefore, if it works for Switzerland, why should it not work for Britain?

Adopting the Swiss model after a potential Brexit could be appealing, if the UK is looking for an à la carte approach to European integration. The UK could, some argue, participate in the Single Market without being ruled by Brussels.

However, a closer look reveals that the way Switzerland manages its relations with the EU might be less appealing. A ‘Swiss solution’ has benefits, but it also comes with many drawbacks, which might not make it a solution the UK would choose to adopt post-Brexit. For a number of reasons, the Swiss model might not deliver the kind of relationship with the EU that some hope.

First, as beguiling as negotiating a special deal sounds, it is a time-consuming process. After Swiss voters rejected EEA membership in 1992, the Swiss government engaged in long and difficult talks with the EU on a series of bilateral accords. Bilateral Agreements I and II were eventually reached in 1999 and 2004, respectively.

Through these contracts, Switzerland gained selective access to the Single Market in goods and services, the Schengen Area, and the Dublin system on asylum, on the condition of accepting the free movement of persons and tighter regulations in the Swiss financial sector.

In sum, negotiations take time and Brussels has insisted that ‘cherry-picking’ advantageous agreements is not acceptable. The UK would likely face a period of heightened economic uncertainty following a vote for Brexit, in the short term at least, while becoming entangled in protracted negotiations with a rather stubborn opponent.

Second, in such an arrangement, the vision of the UK as a self-governing, self-determining nation state might also be difficult to achieve. The Swiss bilateral agreements are not static, and the country is required to adopt new EU laws without taking part in the decision-making process.

In other words, Switzerland is constantly implementing EU legislation, but has no say over it. If the UK wanted access to the Single Market, it would also have to comply with EU regulations without being involved in their development. This reality would challenge the image of a Swiss-style deal as increasing UK self-determination.

How difficult it can be to find a balance between being ‘sovereign’ and benefiting from EU integration is in evidence in Switzerland right now. In 2014, the Swiss public voted to limit the number of workers coming to Switzerland from the EU.

To this day, the EU has not agreed to renegotiate this issue and the Swiss government has not figured a way out of the situation. The case of Switzerland illustrates how ambitious it would be to negotiate complex new agreements within the two-year transition period, specified in Article 50 of Treaty on European Union, in the event of a Brexit vote.

Adrian Favero is PhD Candidate in Politics at the University of Edinburgh. His research focuses on Polish cities and urban citizens’ attitudes to the European Union. His research interests include Europeanisation, identity politics, urban sociology and identity formation.