Although the ‘reverse Greenland’ model has often been cited as a possible means of Scotland remaining in the EU while the UK leaves, the situations facing Greenland then and Scotland  now are not that comparable, writes Maria Ackrén. She suggests that, while Scotland might not find much inspiration in Greenland’s relationship with the EU, it could in fact learn more from its self-government model, as a means to greater autonomy. 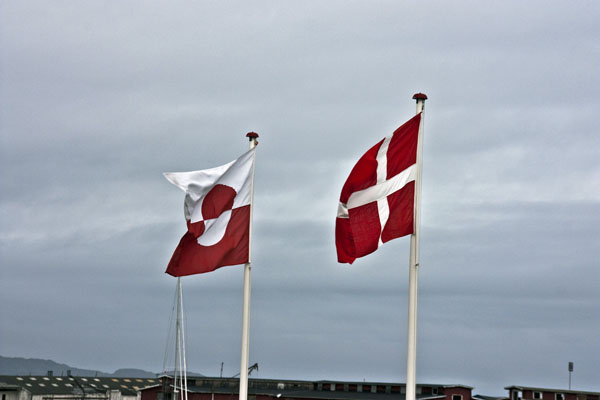 The case of the Greenlandic opt-out from the European Economic Community (EEC) several decades ago has become topical again, since Brexit has become a reality.

In the early 1970s, the situation for Greenland was quite different compared to that facing Scotland today. Greenland had not yet received Home Rule and was therefore acting as an integral part of the Danish Kingdom. Before joining the EEC, the issue of membership was put to referendums in Denmark and in Greenland in 1972.

The results of the two were different in each country. Denmark was in favour of membership, whereas Greenland voted against it. However, Greenland, along with Denmark, joined the EEC in 1973. This decision prompted Greenlanders to raise questions about the legal situation of their country. Calls for greater self-government grew and, in 1979, Home Rule was implemented in Greenland.

A new referendum on EEC membership was called in Greenland and took place in 1982. Here, 52 per cent of Greenlanders voted in favour of withdrawal from the EEC. Following negotiations to amend the EC Treaty, Greenland left the EEC in 1985.

Nowadays, Greenland has favourable agreements with the EU on fisheries, education, climate research and other fields. It falls under the umbrella of the EU’s Overseas Countries and Territories (OCT) regime. The country also has its own representation in Brussels and can therefore negotiate directly with other countries. Greenland also now has the power to negotiate international agreements and to become a member of international organisations of vital concern to Greenland, by virtue of the 2009 Self-Government Act.

Scotland, as part of the United Kingdom, voted in the recent EU referendum in favour of continued membership, with 62 per cent for Remain and 38 per cent for Leave. However, the total result for the whole UK saw a narrow majority in favour leaving the EU, 51.9 per cent to 48.1 per cent.

Scotland, as a self-governing territory, has in recent years had referendums on devolution and the 2014 referendum on independence. However, the Scots seem not to have yet made up their minds regarding the sovereignty question. The Brexit result has raised the issue of independence again, and Scotland has been eager to become more involved in European affairs, and even in Nordic affairs.

Scottish First Minister Nicola Sturgeon has been looking for a way to keep Scotland in the EU, and it has been suggested by some that the country should follow a ‘reverse Greenland’ model – meaning that Scotland should achieve its own arrangements with the EU to remain in and cooperate with it while the UK leaves. On the other hand, UK Prime Minister Theresa May aims to negotiate Brexit for the whole of the country, although she has said that she will listen to the devolved governments on the issue.

The Scottish Government seems to want Scotland to remain part of the European Single Market. It has already published a new draft bill for a second independence referendum, as a back-up. If the UK does in fact leave the EU and the Single Market, Scotland might try to become independent and then be able to join the EU on its own terms.

However, it is hard to predict if there will be enough support for a second referendum on independence. The problem for Scotland is, of course, that it does not have the competence to enter into international agreements of its own, and therefore it is constitutionally left to the UK as a whole to solve the issue of Brexit.

For Scotland, are there any approaches to be copied, or a particular ‘model’ to be followed, from the Greenlandic case? My answer would be no. Greenland’s withdrawal took place over 30 years ago, during a completely different era of European integration. The EU has since developed further into a more political union, with ever more complex rules and regulations, and it will therefore be harder for the UK to reach an agreement on Brexit with all the other Member States itself, much less strike a differentiated agreement for Scotland.

Can Scotland learn anything from Greenland’s constitutional position? Perhaps. Scotland might have to think of different options, other than outright independence, if it is to have more influence in UK politics. It could be worthwhile looking at Greenland’s self-government model – an approach which might solve some of the current issues in dispute between Scotland and the UK. This is, of course, a totally internal constitutional matter and should not be confused with the external Brexit negotiations and agreements.

Dr Maria Ackrén is Associate Professor of Political Science at Ilisimatusarfik/the University of Greenland. Her research interests include autonomy arrangements, island studies, qualitative methodology and Arctic relations, with a special focus on Greenland.