In recent years, UK public policy formation has neglected interests groups, their expertise and views, writes Jeremy Richardson. He argues that, particularly when it comes to Brexit, the UK government must adopt a more consensual approach to policy-making and involve a wider range of perspectives in order to ensure that policies are more effective. 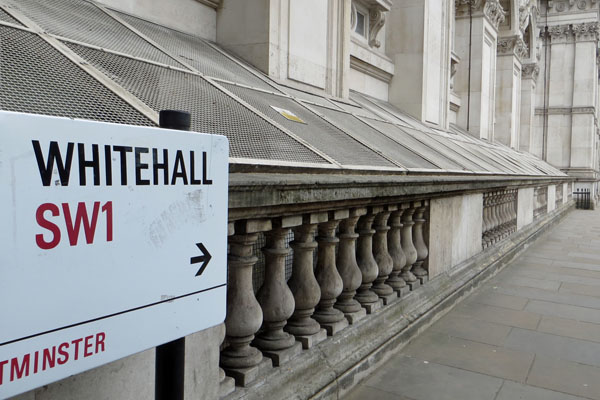 The current debate over Brexit appears dominated by a focus on the relationship between the EU and Britain in the (increasingly bitter) negotiations between Britain and the EU. However, it is also important to consider the purely domestic policy processes (what I term the ‘policy style’) that will impinge on the UK government’s capacity to achieve anything like a successful outcome.

Many would argue that the Brexit decision was itself a huge policy fiasco, not least because little or no planning seems to have been made should the referendum have delivered a ‘Leave’ vote, which indeed it did. Since then the domestic policy process seems best characterised as making policy on the hoof.

The recent General Election result has undoubtedly made matters worse. The potential for policy blunders and even fiascos was high before the election and it must now be at an all-time post-war high. It is crucial that domestic policy processes are capable of avoiding post-Brexit policy blunders and delivering post-Brexit policies that actually work. Thus, Brexit demands a fundamental change in the way that public policy is made, a change in the British policy style.

Elsewhere I have argued that over the past few decades the British policy style has moved towards the top-down/impositional end of the policy style spectrum, away from a post-war style that emphasised the integration of interest groups into the policy process. For example, there have been important changes within government departments, particularly a change in the balance of power between senior civil servants on the one hand, and ministers and their personal partisan staff (ministerial advisers) on the other.

This long-term trend to increase the amount of what might be termed extramural advice has produced a situation where many ministers (and their attendant external advisers, both official and informal) arrive in office with a more ideational policy portfolio in that they have their own strong priorities on what policy change is needed.

The effect of this tendency has been to gradually shift civil servants from policy actors playing a central role in policy initiation, to agents charged with delivering the policy targets set politically. There has been a shift from warning ministers and keeping them out of trouble, reflecting the traditional risk aversion normally attributed to the British civil service, towards ‘carriers’ of ministerial ideas, willing to try to implement policies even when lacking broad support from those, such as specialised interest groups, who know which policies will work and which will fail. In practice, interest groups have often been marginalised.

The pace of policy change in Britain, especially that driven by ‘the centre’, has also been increasingly frenetic. For example, David Halpern (Head of Number 10’s Behavioural Insights Team) describes life behind the shiny black door of Number 10 as akin to a hospital Accident and Emergency Department (p 185)!

He comments that ‘in such a world, there’s often not the time, nor the patience, for the answer to be “more research needed”…’ (p 186). There is more than a hint here of a ‘pop-up’ style of policy-making where chaps (mostly!) with clever policy ideas get to implement them without the (tedious, no doubt) need to consult those interest groups who actually know what the policy problems are and how they might be fixed. One need look no further than the election campaign fiasco over the so-called ‘dementia tax’ to see the truth of this.

Britain now faces huge policy-making challenges as a result of the Brexit vote and needs to return to a more consensual policy style in which means are found to access and manage the specialist expertise that interest groups possess. At the core of the Brexit policy problem are two major tasks.

First, there is the urgent need to negotiate favourable trade deals with the EU and many non-EU states. Trade negotiation expertise in government is in short supply and so it is imperative that the current (increasingly fragile) government works to achieve high levels of relevant interest group integration into trade policy negotiations.

Second, Britain faces a truly massive domestic policy-making challenge in ‘domesticating’ the Mount Everest of EU legislation under which Britain is currently governed. The so-called Repeal Bill changes nothing, as it merely turns existing EU law into British law. Once that has happened, Britain has to decide what policy changes, sector by sector, it wishes to introduce. For example, does it want completely new water pollution and car safety laws, or is it a happy to stay with the ‘inherited’ EU laws? This huge policy change task will be characterised by many policy blunders and disasters if those interest groups ‘who know where the shoe pinches’ are not closely involved in the process.

If relevant interest group expertise is to be mobilised in order to inform post-Brexit policy-making, Britain is going to have to fundamentally change its policy style. Top-down, ‘Westminster knows best’, will not work. As Crewe and King argue, ‘there is at the heart of the British system a lack of deliberation’ (p 652, emphasis added).

Of the three aspects of deliberation that they identify, one is of particular relevance to my analysis – namely, ‘the third component (of deliberation) is that of conferring and taking counsel’ (p 653). Their studies show that a lack of consultation, or ignoring the messages resulting from consultation, was often a cause of policy failure.

Here we see a central paradox in government/interest group relations – namely, that granting excessive power to interest groups can lower the effectiveness of policies leading to reform deficits, yet excluding groups from policy-making risks introducing new policies that will simply not work and have all sorts of unintended (and bad) consequences.

Effective interest group involvement in both problem definition and policy formulation also has an inherent logic. Groups were historically integrated into public policy-making for good practical reasons. Their participation in the policy process contributed essential knowledge which policy-makers lack, and it generally raised policy effectiveness providing it was properly managed and balanced.

Involving interest groups in public policy-making is a practical means of reducing (though certainly not completely avoiding) the number of outright policy blunders. Not effectively consulting interest groups simply denies government a source of (albeit biased) expertise. This is especially the case when considering the reform of inherited EU legislation post-Brexit.

British interest groups became embedded (and very effective) in the EU policy process and so have a huge amount of expertise to contribute to the UK government’s difficult task. Moreover, now the EU venue will close to them, interest groups will shift resources back to domestic lobbying, including of the UK parliament. A government with no effective working parliamentary majority would be well advised not to continue to marginalise groups.

Whatever one’s views are on ‘Remain’ or ‘Leave’ (and I confess to voting Remain), there is no doubt that Britain is now in a monumental ‘policy mess’, the likes of which have not been seen for many decades. My impression is that most established interest groups in Britain were in favour of Remain. They were on the losing side, but they still represent a reservoir of policy expertise. It is vital that these groups play an insider role in the years ahead.