Following the Prime Minister’s speech outlining the UK government’s priorities for Brexit, success in the negotiations will depend on the currently undefined details, writes Anthony Salamone. He argues that the UK government would do well not to repeat past mistakes in European negotiations and approach the Brexit talks with as constructive an approach as possible. 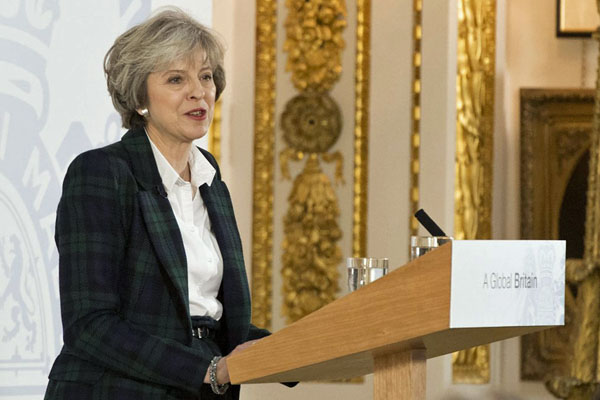 The Prime Minister’s Lancaster House speech has finally, nearly seven months after the referendum, brought some clarity to the UK government’s position on future relations with the EU. Theresa May is resolved that the UK, in exiting the EU, will also leave the Single Market and Customs Union. This approach meets nearly any definition of a ‘hard Brexit’. While these decisions are not surprising themselves, the UK government has been unwilling to admit to them for the past few months. They are now in fact set out, along with some broad objectives for the upcoming negotiations with the EU.

For all the claims of a very successful speech, most of the crucial and definitive detail remains unresolved. Summing together the Prime Minister’s intervention, we know that the UK will require three primary agreements with the EU. First, it will need an EU withdrawal agreement, sorting out the residual effects of EU membership (legacy residency rights, spending commitments already made, pension liabilities and so on). Second, it will seek a free trade agreement (FTA) with the EU, which will presumably aim to supplant as much market access for goods and services as possible. Third, it will want to develop a strategic partnership with the EU to cover future cooperation on numerous possible areas such as security, defence, research and innovation, marine resources and the environment.

Although the issues around departing commitments could become acrimonious, the withdrawal agreement may in fact prove the more straightforward deal to reach. It is reasonably clear what is involved, and largely a matter of what arrangements will be agreed for already-defined questions. By contrast, we are not clear on what exactly the UK will ask for in its FTA. May indicated that the UK government seeks the ‘greatest possible access’ to the Single Market, with preferential arrangements for key sectors and some sort of customs agreement. We don’t know what that is proposed to mean in practice.

The Prime Minister has abandoned hopes of ‘remaining in’ the Single Market while opting out of free movement of people – but if the UK government aims to achieve more or less the same result through an FTA, then it may well find itself disappointed. No country has as comprehensive access to the Single Market as those in the EU or EFTA. We should be sceptical of the idea that, because the UK will be a former EU member, it can break this mould. Reaching an FTA is certainly possible – but the extent to which the UK can gain access to the Single Market remains to be seen.

In the end, the detail will matter enormously. May’s comments that she has ‘no perceived position’ on how to achieve her objectives may sound conciliatory and promising, but it could just as easily belie an inherent weakness in UK government’s negotiating position rooted in its potential conflict with the weight of EU precedent. The Prime Minister is, in effect, challenging the EU not to give the UK a ‘good deal’. This represents yet another gamble in UK-EU relations.

The UK-EU ‘strategic partnership’, beyond the FTA, will presumably aim to cover the myriad areas of essential cooperation in which the UK currently participates as a member of the EU. By deciding to seek an FTA, however, the UK could well be giving up on any kind of input into the rules and regulations of the Single Market. Unless the UK shadows EU regulations and standards (for both goods and services), the progressive divergence in regimes could result in non-tariff barriers, which may end up being much more significant than actual tariffs or duties. One imagines that the UK government would be aiming to create some form of cooperation or dialogue on these areas as part of the partnership.

Perhaps the most dramatic assertion in May’s Lancaster House speech was her desire to reach agreement on the future UK-EU relationship within the two-year negotiating period under Article 50 TEU. Plainly, it would be an absolutely extraordinary feat to achieve the withdrawal agreement and the strategic partnership (not least the FTA as well) by then. The FTA alone could realistically take 3-5 years, and the EU withdrawal agreement will likely take up most of the Article 50 period.

Combined with the EU’s insistence on sorting out the withdrawal deal first and potential lost negotiating time around the French and German elections, the UK government may well find itself obliged to consider transitional arrangements, rather than ‘implementing’ its new deal as the Prime Minister hopes, from the end of the Article 50 talks. The danger for this UK government is that it continues its predecessors’ approach to European negotiations. Excessive bluster and threats do not go down well. An overt assertion that the UK will both leave the EU and be granted a fantastic deal by a needy Brussels would be met by a certain degree of incredulity.

The UK could put itself in a favourable position by taking the initiative to be a genuinely good neighbour after Brexit. Wishing for the EU’s success, as the Prime Minister did, is a small first step. Building momentum around such an approach could make the negotiations progress marginally more easily. The reality, for both sides, is that the UK will be on the border of the EU, and they will have to work together on many areas long after Brexit. As the departing member, it is up to the UK to indicate the shape of the partnership it seeks. May’s speech provides some outlines, but this is only the start of a long journey.