As part of the Imagine Europe project, Clare Llewellyn and Laura Cram explain the background of the Twitter demonstrator they have created to track and analyse the discussion on Twitter around the UK’s EU referendum. 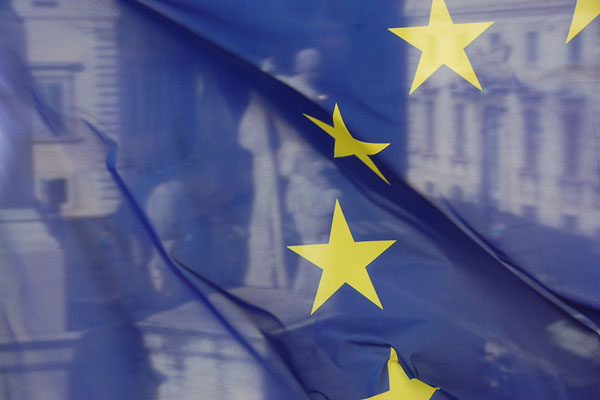 As part of our research, we have produced a demo that visualises the Twittersphere debate on whether the UK should remain in or leave the European Union. We are tracking the EU referendum debate on Twitter to explore the various ways in which the public imagines the EU. We ask how this relates to the cognitive frames that predominate in the offline public and political dialogue and explore the process through which competing cognitive frames come to predominate in political debate.

We are working with a Twitter dataset to explore the relationship between the UK and the EU and how people talk about this relationship. We are using Twitter to find out what people are saying and to investigate how this changes leading up to the referendum on the UK’s membership. We have collected over 6 million tweets on the EU referendum debate from the Twitter API since August 2015. This data has been gathered using three search strategies:

We have been examining how topics and language differ between these groups and how they influence and cross-pollinate each other. The specific hypotheses we are exploring with this demonstrator are whether:

We are using hashtag frequency to illustrate topics discussed. The different datasets are compared through a visualisation of the top 20 hashtags both overall and day-by-day.

We can see from the visualisations that the different datasets do not contain the same hashtags in similar proportions and cannot therefore be used as proxies for each other. It is important to collect all three data sets to get a better view of the ongoing discussion.

The stream and hashtag sets are heavily influenced by the terms used for data collection. Those terms differ greatly when automatically extracted (the stream set) or chosen by experts (the hashtag set). The automatic method is most similar to the official set and is designed to be very specific to the topic. The expert method is designed to follow a wider variety of terms that the experts expect will become discussion topics over the longer-term referendum debate.

The day-by-day visualisation show that tweets from the official set generally coincide with tweets in the stream sets of the same day, suggesting that the official campaigns are not influencing but simply reflecting the wider debate. A future direction for this work is to investigate if this can be seen within a smaller time frame, such as hour-by-hour. In addition to this, we will use the demonstrator to investigate specific terms and multi-word terms to track within all three datasets to analyse how discussion is directed.