Following Brexit, competition policy on both sides of the Channel will have to undergo a number of changes. These changes will be most significant in the United Kingdom, which is reflected in the amount of research focusing exclusively on that side of the Channel. To guide this process, the House of Lords EU Internal Market Sub-Committee has even undertaken an inquiry on Brexit and competition. 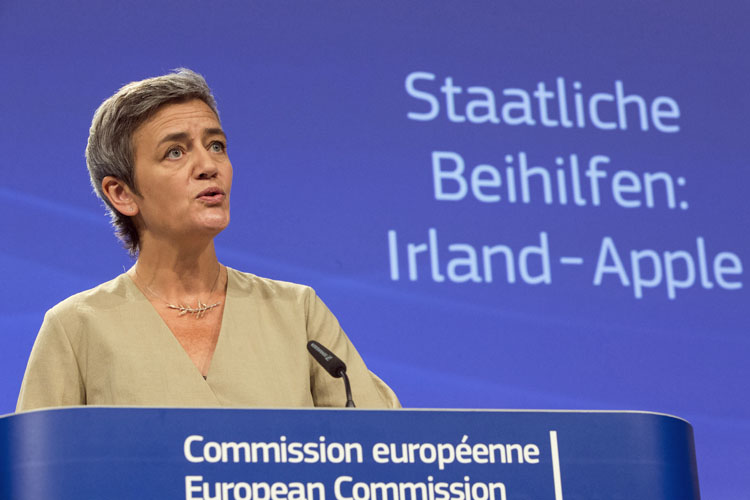 At the same time, the implications of Brexit for competition law should not be overstated. Komninos captured the underlying tone of several papers on the subject when writing: ‘Competition law is not one of these areas where [the] repercussions [of Brexit] are going to be dramatic’ – a statement that certainly holds true for the EU27. In fact, the most salient questions may concern the transition period surrounding the exit of the UK from the EU.

This article focuses on the enforcement of antitrust law during this transition period. More specifically, it addresses two questions. First, which authority will be competent with regard to infringements on UK territory? And second, which law will it have to apply? To clarify why these questions matter, we start by taking a short look at the current situation. We then examine how these questions play out from the EU and UK perspectives.

Currently, restrictive agreements and abuse of dominant position are prohibited under EU competition law by Articles 101 and 102 on the Treaty on the Functioning of the European Union (TFEU), and under UK competition law by Chapter I and II of the UK Competition Act 1998. As the UK provisions were modelled on their EU counterparts, the content of these provisions effectively mirrors each other.

When anticompetitive conduct takes place in the UK, the UK competition authority – the Competition and Markets Authority (CMA) – will apply UK competition law. When this conduct affects trade between Member States, Article 3 of Regulation 1/2003 obliges it to additionally apply EU competition law. In that case, the European Commission is also competent to investigate and penalise.

The first consequence of Brexit is that the Commission loses competence with regard to the UK territory and that the CMA will no longer have to apply EU competition law to anticompetitive conduct. However, there are complicating factors. Firstly, antitrust investigations may take years (the recent Google decision, for example, took seven). When the Commission announces a new investigation, it now adds the disclaimer: ‘There is no legal deadline for the Commission to complete antitrust inquiries into anticompetitive conduct.’ Secondly, decisions may concern facts dating from before the investigation. Indeed, Article 7 of Regulation 1/2003 determines that if the Commission has a legitimate interest in doing so, it may also find that an infringement has been committed in the past.

Given that the facts, investigation and decision regarding anticompetitive conduct may be spread out over several years, the first question after Brexit is one of temporal competence. In other words: who is competent with regard to pending and future antitrust cases? We first take the EU perspective, focusing on the Commission’s competence.

To make the situation more concrete, let us presume March 2019 as the date of exit. The Commission loses competence to investigate and decide on facts that take place in the UK after that date. However, will it remain competent to investigate and decide on facts that took place before that date? For example, if the Commission finds out about an international cartel with a UK dimension that was carried out from 2015 until 2018, can it investigate and fine with regard to this UK component?

This is not an easy question, which is illustrated by the fact that a similar question made its way up to the Court of Justice in the ThyssenKrupp case. In its ruling, the ECJ posits a statement of principle that is of broader relevance for Brexit: ‘It follows from the case-law that, in accordance with a principle common to the legal systems of the Member States whose origins may be traced back to Roman law, when legislation is amended […] the continuity of the legal system must be ensured’.

The ruling related to the European Coal and Steel Community Treaty (ECSC) Treaty, which also contained antitrust provisions. The treaty expired in July 2002 but, in 2006, the Commission relied on the cartel prohibition in the treaty to fine undertakings for conduct that took place in the 1990s. ThyssenKrupp pleaded nulla poena sine lege: since the ECSC Treaty expired, the Commission lost the powers conferred on it by the treaty, and could thus not impose a fine.

However, the ECJ held that ‘the continuity of the European Union legal order required the Commission to ensure, in respect of situations which came into being under the ECSC Treaty, compliance with the rights and obligations which applied eo tempore to both Member States and individuals by virtue of the ECSC Treaty’. In other words, the Commission remains competent with regard to facts that were temporally covered by the treaty, even after its expiry.

In the case of Brexit, we are not talking about an expiry of a treaty, but rather of a repeal of its implementation in UK law (through the European Communities Act 1972). By analogy, however, it can be argued that the Commission remains competent to ensure compliance with the TFEU when it comes to facts that took place in the UK before Brexit.

Two caveats apply. Firstly, continuity is only presented as the rule as long as the legislature does not express a contrary intention. A repeal, as opposed to an expiry, may imply such intention. Secondly, while the substantive treaty provisions may continue to have effects, this is less clear for the relevant procedural rules (eg those empowering the Commission to fine). In the ThyssenKrupp case, the ECJ accepted that the Commission relied on new procedural rules when adopting its decision, but those may be absent after Brexit.

Next, let us take the UK perspective. The CMA will also continue its investigations, and may start new ones, with regard to facts dating from before the exit. A first question that arises is whether the CMA still has to apply EU competition law alongside UK competition law to those cases, at least when trade between Member States is affected, conforming to Article 3 of Regulation 1/2003.

The next question concerns parallel investigations into conduct that took place before exit day. According to Article 11 of Regulation 1/2003, the initiation by the Commission of antitrust proceedings relieves the national competition authorities of their competence. Given that this article applies until the date of exit, can the CMA only start looking at the same infringements from that moment onward?

As these questions concern procedural rules, their answer is not clear-cut. As noted above, there will likely not be any new procedural rules to rely on when Regulation 1/2003 ceases having effect. In the Gonzalez y Diez case (ThyssenKrupp’s equivalent in state aid), the Court of First Instance considered the ECSC Treaty and ‘the rules adopted for its application’ as more of a whole, and ruled that the Commission remained competent to apply both. Again, however, the situation was one where continuity was actually pursued by the Member States concerned, which may distinguish it from Brexit.

Given the manifold questions, the CMA considers that sensible transitional arrangements to agree how infringements should be investigated and resolved are highly desirable. In evidence to the Lords EU Internal Market Sub-Committee, it has been reported that such arrangements are currently being negotiated, but their specifics remain unknown. In the absence of or complementary to such arrangements, the assessment above may serve as a useful primer.

Friso Bostoen is PhD Candidate in Law at the Institute for the Consumer, Competition and Market at KU Leuven. His research considers abusive practices by online platforms under EU competition law, with a focus on the relationship between online platforms and their suppliers.