The UK’s direct taxation system is interconnected with EU tax law, write Luca Cerioni and Sandra Eden. They suggest that, while the tax implications of a UK exit from the EU would be dependent upon whatever arrangements were made, the UK’s membership of other international organisations, such as the OECD, and its many bilateral tax treaties would continue to limit its ability to set a completely independent tax policy. 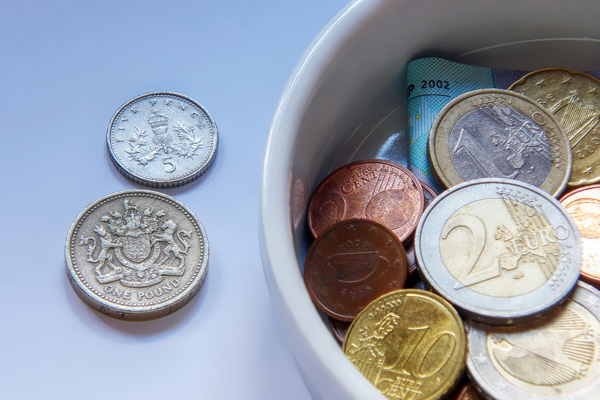 In the run-up to the UK’s EU referendum, and despite discussions around the implications of Brexit, the potential consequences for the UK direct taxation system have yet to be fully explored. Membership of the EU has certainly had an impact on the direct tax system of the UK, although its effects have been more subtle and gradual than those related to indirect taxation, in particular VAT.

The impact has been felt both by taxpayers, who are now less likely to be disadvantaged in a cross-border situation, and tax authorities, which have greater access to information and assistance from other tax authorities within the EU. However, membership has also imposed certain restraints on the UK’s ability to compete aggressively for inward investment.

These limitations are more political than legal – EU Member States agreed a Code of Conduct on Business Taxation (1997), in which they pledged not to use special tax measures that could damage each other’s revenues. In fact, there are no EU legal restrictions on using the general tax system to create a competitive business environment (the UK and other Member States already do so).

The legislative contribution of the EU can be seen in the reduction of disincentives to cross-border corporate activity (in particular some limitation of double taxation), improved cooperation between Member States and a brake on tax evasion by individuals. However, the existence of a veto for each Member State on taxation policy has made legislative progress increasingly difficult. In contrast, the Court of Justice of the EU (CJEU) continues to chip away at national provisions that interfere with the freedom of movement under the EU treaties.

Several pieces of EU legislation are helpful to the taxpayer in that they reduce disadvantageous taxation on cross-border corporate activities. The Tax Merger Directive improves the tax neutrality of restructuring operations involving companies which are tax resident in different Member States. The Parent-Subsidiary Directive and the Interest-Royalties Directive eliminate double taxation on the payment of dividends, interest and royalties between groups of companies resident in different Member States.

Provisions which assist tax authorities include the Savings Directive, which helps in the detection of unreported investment income by individuals, and the Recovery Assistance Directive and the Administrative Cooperation Directive, which require Member States to cooperate with other – for example, by exchanging information and assisting in the recovery of tax claims. The most relevant innovations bought about as a result have been the ‘uniform enforcement instrument’ and the automatic exchange of information.

All of these directives add to the arsenal available to combat tax evasion. In the aftermath of the economic and financial crises, the EU has also become increasingly concerned with protecting the tax revenues of Member States from losses from avoidance and evasion. The international tax planning strategies of multinational companies has been of particular concern. The European Commission has recently set out its proposed Anti Tax Avoidance Package.

The EU treaties’ provisions on fundamental freedoms have also allowed taxpayers across the EU to challenge national direct tax provisions before the CJEU where these provisions appear to contradict the rights granted by the treaties. In the UK, the transfer pricing regime, loss relief and controlled foreign company rules were all amended following CJEU decisions.

Implications of Leaving the EU

EU membership has therefore had a clear impact on the UK direct taxation system. It has reduced obstacles to inward investment for companies and individuals from other Member States and it has limited national tax provisions that restrict outward investment by UK enterprise. Ultimately, relevant EU tax law and CJEU case law have contributed to making the internal market an ‘area without internal frontiers in which the free movement of goods, persons, services and capital in ensured….’ (Article 26 of the Treaty on the Functioning of the European Union).

In the event of the UK leaving the EU, changes to the UK’s direct taxation system – and thus the implications for the UK’s attractiveness as a business location for companies coming from the remainder of the EU – would depend on any post-exit arrangements with the EU for maintaining access to the Single Market.

Consequently, should the UK rejoin EFTA and subsequently join the EEA, most of the EU tax law mentioned above would no longer be binding on the UK. However, this would likely have surprisingly limited impact on the tax treatment of inbound and outbound flows of intercorporate dividends. Current UK domestic legislation already provides for more favourable tax treatment than the EU Parent-Subsidiary Directive, exempting incoming foreign dividends without restriction. It also applies no dividend withholding tax to outbound corporate dividends (unlike the directive, which exempts dividends from withholding tax, but allows Member States to make the exemption subject to certain conditions).

However, there could be implications for the operations falling under the scope of other EU corporate tax law. Here, Brexit could increase the risk of less favourable tax treatment of operations between UK companies and EU companies. For example, interest paid by an EU company to a company resident in a post-Brexit UK would no longer necessarily benefit from the abolition of withholding tax at source under the Interest-Royalties Directive.

In the absence of specific post-Brexit arrangements, any EU Member State could reintroduce withholding tax for interest payments by its own resident companies to group companies resident in the UK. In such case, the only way for the UK to maintain (from the viewpoint of group companies) the attractiveness of exclusive taxation would be to grant a unilateral exemption for incoming foreign interest payments.

Another possible consequence of Brexit relates to corporate mergers and transfers of companies from one jurisdiction to another. The UK Government has stated its commitment to create the most competitive corporate tax system in the G20 and to maintain the country’s appeal as a top destination for business. If a Societas Europaea (SE) – a public company registered in accordance with EU corporate law – moves its registered office and head office from another Member State to the UK (which would imply a transfer of tax residence to the UK), this would presumably be considered by government to be a success.

Corporate mergers would normally entail a tax charge on ‘latent’ capital gains at the time of the merger. However, the Tax Merger Directive allows deferral of this charge, caught on the subsequent actual sale of the assets. The directive also prevents ‘exit taxation’ – tax on the capital gains that a company accrues from moving its tax residence. From 2000-2014, 15 SEs transferred to the UK and only 4 SEs left. The application of exit taxation by the state of origin would clearly deter an EU company from moving to the UK.

Furthermore, HMRC might no longer be able to rely on the Recovery Assistance Directive and the Administrative Cooperation Directive, resulting in a potential loss of tax information from EU Member States and the ability to draw on their assistance in UK tax recovery.

A UK exit from the EU would be unlikely to trigger a sudden change in UK direct tax policy. There is no reason to suspect that the UK would reintroduce obvious disincentives for inward investment. Indeed, it would probably want to use the tax system to attract such investment. Here though, it is important to remember that the EU is not the only external influence on the national tax system. Membership of the OECD and the UK’s extensive network of bilateral treaties would continue to constraint its ability to act.

The OECD is currently putting significant pressure on its Member countries to respond to international tax avoidance by multinational corporations, both through international and domestic tax law. This drive will limit the UK’s ability to attract inward investment through special tax regimes.

International treaties generally contain provisions to limit double taxation, but not always as effectively as EU tax law. On the exchange of information and assistance in tax recovery, the UK is a signatory to the (multilateral) OECD-Council of Europe Convention on Mutual Administrative Assistance in Tax Matters. It also has bilateral double taxation conventions with a number of countries. However, both of these are narrower in scope than the corresponding EU law.

Overall, the UK’s EU membership has many implications for national direct taxation policy. While some elements of EU tax law are replicated in other international arrangements, few are as extensive or effective as those in EU law. Ultimately, however, the impact of a UK exit from the EU for tax policy depends upon the arrangements the UK and the EU would be able to reach as part of the UK’s departure.

Sandra Eden is Senior Lecturer in Tax Law at the University of Edinburgh. Her expertise centres on tax law and policy, in particular pension law and the taxation of pensions. She has also published work on the legal process and access to justice.