The UK government’s renegotiation of EU membership will be shaped in large part by how fellow European leaders respond, argues Anthony Salamone. He suggests that, while it may be difficult to secure a definitive renegotiation, the outcome of Britain’s EU referendum will be more dependent on the politics of the campaign than the actual deal reached. 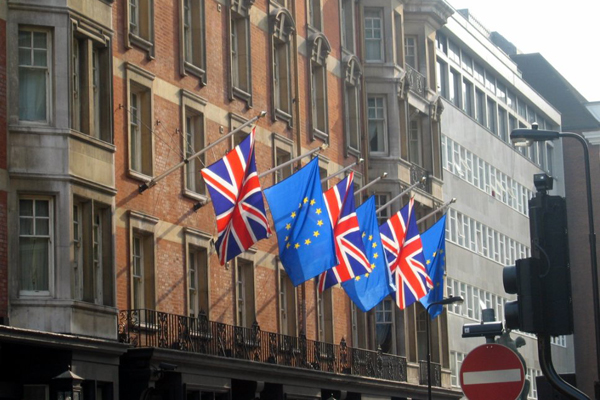 From the beginning, the European Union has been polarising in Britain. The past four decades of membership have been marked by sustained debate on the extent and shape of British participation in the European project. Some have always rejected the notion that Britain can and should integrate with the rest of Europe. Others have supported Britain’s involvement in parts of the EU, particularly in the economic sphere. Few have wholeheartedly embraced European integration to the levels historically seen in the ‘core’ of Europe.

In this respect, British reluctance to sign up to different aspects of the EU has been a function of internal prevarication on setting a foreign policy that reflects Britain’s place in the world. The question of ‘Europe’ has divided parties from within and without. Consequently, the UK’s ongoing renegotiation and eventual referendum on EU membership need to be filtered through the lens of national context. Both are the result of electoral politics in Britain rather than momentous change in the EU’s design.

The Prime Minister’s renegotiation will naturally derive its objectives from domestic political considerations. The outcome of the renegotiation, however, will depend greatly on the willingness of Britain’s European partners to work with the suggestions placed before them. This external dimension – the politics at European level – is fundamental to any deal which may be agreed.

By definition, a negotiation necessitates negotiating partners. In this case, the UK government’s main interlocutors are the governments of the other EU Member States (with a role for the EU institutions as well). These governments do not all share the same interests nor have they presented a united front against Britain in its desire to change how the EU works – far from it. A number of EU countries support some of the options for reform emanating from London. At the same time, three main points on which they broadly agree might make the renegotiation more challenging than hoped.

First, they have other pressing issues on the European agenda. The sovereign debt difficulties facing Greece, garnering great attention is recent weeks, is only one of a number of serious questions preoccupying European leaders. These pressing issues may take priority over discussing the details of the UK government’s demands to amend EU rules. Considering the tight timetable the Prime Minister has set himself, the postponing of solving the ‘British question’ to a later date could make securing a deal even more complicated.

Second, Europe’s leaders are generally happy with the EU’s architectural framework and not predisposed to making dramatic alterations. Desire to weaken the integrity of the internal market by altering the rules of the free movement of persons, for example, is minimal. Nor are other EU countries keen to see the multiplication of opt-outs or special rules just for Britain. While the will exists to work with the UK government to address its concerns, any EU changes agreed are likely to be relatively modest.

Third, the countries which share the single currency may well amend the governance of the Eurozone without changing the EU treaties. It seems unlikely, therefore, that Britain can simply tack on its demands to treaty reform certain to happen. The EU treaties could eventually be updated to incorporate the Fiscal Compact and related measures, but this prospect seems years down the line. In any case, securing treaty change in time for a referendum by 2017 would be a Herculean feat.

The obstacles to securing a substantive renegotiation within the set timetable are numerous. However, the actual renegotiation is but one part of the equation in (re)shaping Britain’s relationship with the EU. How the deal is presented at home and the arguments made in the campaign are likely to be much more influential to the referendum result. The external dimension may well determine the substance of the renegotiation, but the national context, as ever, will determine the outcome of the referendum.

Shortlink for this article: edin.ac/1L4Iu6N

Anthony Salamone is Managing Editor of European Futures and PhD Candidate in Politics at the University of Edinburgh. His research focuses on the politics of Britain’s EU membership and he comments on UK-EU affairs on his blog, Britain’s Europe.
.